Real life: 'So powerful that these girls talk openly about their traumas' 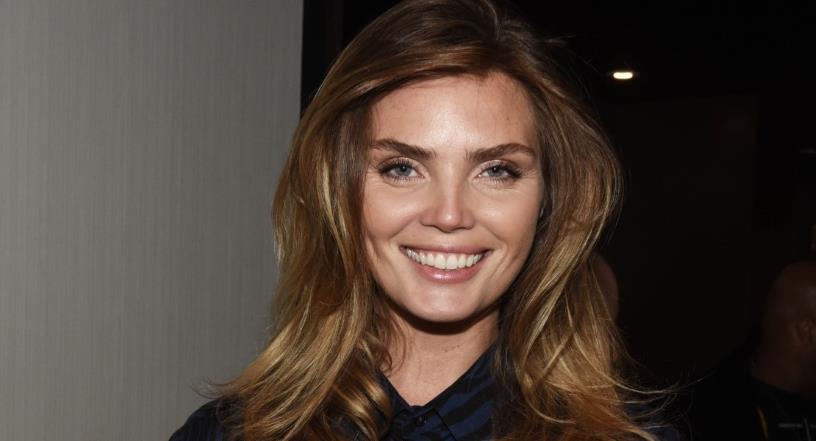 © Grazia Real life: 'So powerful that these girls talk openly about their traumas'

Kim Feenstra has just returned from a trip to Kenya with Plan International. She photographed girls who, despite their traumatic youth, try to make their dreams come true.

"I have been working with Plan for years and together we came up with the idea for this special photo trip to Kenya. Plan International is committed to girls and women who have been circumcised, married and had children at a young age. I have photographed eight girls who have experienced this. When I read their stories beforehand, I immediately thought of my own childhood and my fifteen-year-old sister who happily enjoys going out here, doing her makeup and just going to school, while many girls her age are circumcised in Kenya and not knowing if they can finish school A huge contrast That's why I like Plan's work so much They really are committed to these girls Teach them how to stand up for themselves, how to live their lives conditions themselves. And all without removing them from their own environment. I thought it was very nice to see. ”

“ I went to a shelter where girls live who can no longer go home safely, because they have been rejected by their family. I have seen them go to school there and learn about their rights as a woman, as a person. They learn that it is good to say "no" and that you are in charge of your own body. And that it is normal that you first get your diploma and only start a family when you are ready. They also learn this by letting the experienced girls tell their story. Like the girls I photographed there. I've seen some of them in front of a class full of teenage girls, girls who could become victims themselves. It was so powerful to hear those girls talk openly about their trauma. One of them said, "Look at me, I've been through all this, but I managed to get it right. And in a year I will be able to graduate and start my own sewing workshop. "Very motivating and super brave. It is not at all self-evident in their culture that traditions such as child marriage and circumcision are discussed. Not even with their own mother, she has also experienced it and you don't hear about it. In fact, it goes from mother to daughter to daughter, and so on for centuries. "

" The men often have nothing to do with it. These girls break with that tradition, because they have learned that this is not normal, so now they have children themselves and do not want them to experience the same thing. While they have always learned that you are not a good wife for marriage until you are circumcised. Because then you are basically ready for sex. Whether at the eleventh, thirteenth or sixteenth. This is prohibited by law in Kenya, but in many cultures the tradition is so strong that it unfortunately still occurs. To break with this Plan also tries to create awareness in the family and environment of the girls. They make clear the traumatic consequences of circumcision. That it can also hurt a lot later. For example, giving birth is very difficult. For example, I heard from a girl, Rosemary, that it took her four days to give birth to her baby because there was so much scar tissue. That had to be removed before the baby could go outside. Really awful. ”

“ Fortunately, thanks to Plan, there is increasing awareness. I also saw this in the family of Rebecca, one of the Masai girls I was allowed to photograph. She is in contact with her parents again, is now studying and dreams of becoming a pilot. Independence is stimulated by Plan. I only saw that on all the signs with spells hanging at the school and in the center with texts like "If you don't work for your luck you will never get there." The special thing is also that all eight girls that I had in front of my camera are also very happy. Despite everything they have been through. They are also very proud of themselves, eager to share their story and help other girls. With the help of Plan, they have also created a situation that allows them to stand on their own two feet and gain confidence. And they are very much aware of what is important: taking care of their family, finishing their school and creating their own financial independence. "

" That they are proud of themselves was also evident during the photography. Beforehand I knew that there were a few girls who had to be photographed beyond recognition for their safety. Some of them have been rejected by their families, very violently. That is why I initially thought to draw a line here and photograph them all beyond recognition. One of them was almost offended when I showed her some pictures in between. She asked why her face wasn't in the photo and said, "This is who I am, and I'm proud of it." So strong. That is why I decided on the spot to photograph the girls for whom it was safe. I also lent one of the girls my dress for the photo and she really felt like a princess. She was completely excited for my camera. She had already become a mother when she was eleven. She is now 21 and already has four children, all with the same man. She fled from that. Fortunately, she was able to return to her childhood home. She now goes to school and her children too. I did not notice anything of her traumatic childhood; such a happy and proud girl! When we were done and said goodbye, I gave her my dress. She liked it so much. She even cried and asked if I would come back soon. Very sweet. ”

“ I am happy that I was able to give those girls a special feeling by photographing them. Like the girl who dreams of becoming a plumber. I let her walk on the side of the road in the middle of the street and said, "Pretend it's a catwalk." I thought, does she even know what a catwalk is? Well she knew that. She walked through that roadside waving a Masai cloth. So beautiful to see. Some girls were of course a bit unsure at first. One of them preferred to be photographed in a corner. I gave some tips to put her at ease. In the end they all found it special to see themselves again. These girls also want to hear that they are beautiful and receive respect to grow their confidence. The girls also receive the printed photos themselves. I hope they understand how important they are to their community. I have tried to pass this on to them, by telling them how beautiful they are, how well they are doing and that they can be proud of themselves. I am also sure that they will all succeed in making their dreams come true. They have had so many setbacks and this has made them so strong. These young women demonstrate the importance of believing in yourself and choosing for yourself. We can learn a lot from that. Fight for your independence and don't get stuck in the past: whatever you've been through. Women need to become aware of the importance of standing up for themselves and believing in yourself. Of course, those girls' stories are tough, but I'm not the type to get stuck in there. I don't help anyone with that. You can see that with these girls. That they can turn that button for themselves after all their traumas: that is only empowerment! ”

* For privacy reasons, the names of the girls have changed.