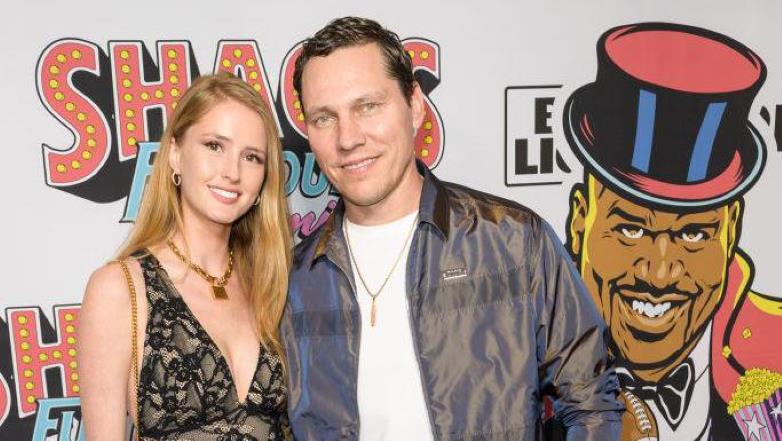 [Editor's Note: Opinions in this article are by the author and do not represent those of MSN or Microsoft]

DJ Tiësto and his wife expect their first child I read in the fleetingness. My first reaction is joy. Fine for them, hope they have a good time, that work. But then I get some kind of brain freeze-like state in my head. Does it really say that he is twenty-eight years older than his wife?

No. That is not possible. The couple have been together for five years. He is the same age as me, fifty-one. She is twenty three. The same age as my youngest son. Indeed. They care for no less than twenty-eight years in age. Wait. Just a minute. That means he was dating a girl of eighteen when he was forty-six? What if my son told me at that age that he was dating a woman my age? I am afraid I would have given him house arrest and pulled the lady in question over the fence, saying that she should keep her feet off my child. That this was inadmissible and even a little perverted.

Sex with someone who could have been your son

I know enough women my age who regularly hang on the lampshades. Go to techno parties and attend after parties. Most of them are separated and have adult children who are already out the door. I know better than anyone how nice it is to have time for yourself again at this age. If you have cared for your family for years and can finally go where you want? Do what you feel like doing? And then end up between the sheets after a party with someone who could have been your son? With your life experience but especially your wisdom? I understand them. The women in question know that there will really be no serious relationship, and the young men in question know that. It's just sex, isn't it?

Is age just a number?

I also know several couples whose wives are at least 15 years older than their husbands. With one important difference. The men were already in their thirties when they met their women. At that age you already know a lot more about who you are and what you want and age is indeed just the proverbial number. If you are only twenty-three, you can barely call yourself an adult. How can you, as a man of my age, enter into a serious relationship with someone who could have been your daughter? With such a large age difference, there is no equivalence, is there? If I add the difference in status to that, he is rich and successful as a DJ, they are young and inexperienced, then I can already tell without my future that this relationship will never last. With or without a baby.