Still taboo: why some parents have a favorite child 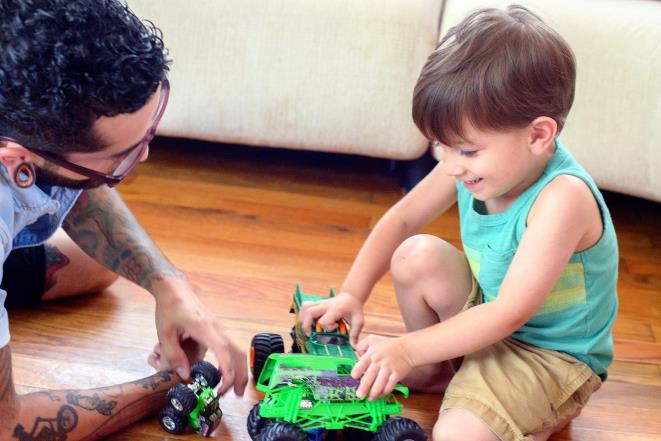 © Sue Barr / HH Still taboo: why some parents have a favorite child

Like one child more than another, it is one of the biggest taboos of parenthood. Yet it happens regularly. Not something to be embarrassed about, but something to keep to yourself. Children often suffer damage if they get it.

Karla Van Leeuwen, professor of family pedagogy at KU Leuven, explains in the Flemish opinion magazine Knack: In the literature we are talking about 'differential education': parents sometimes treat their children differently and that can be seen by the children as unfair or unjust. So much has to do with perception. That is why it is difficult to give exact figures about how many parents have a favorite child. In our research with Flemish families, we surveyed manifestations of so-called favoritism. We asked parents with at least two children between 8 and 13 years if they agreed better with one child, and about 13 percent admitted that. About 5 percent of parents said they felt closer with one of their children. "

So almost a fifth dare to admit to having a preference. There will also be a group that does not even say that anonymously in a survey or that is not aware of it. The reasons for having a favorite child are numerous, Van Leeuwen knows. “The age or birth order can play a role. Some parents pay more attention to their youngest child, or feel more connection with their oldest. Gender can also play a role. There are people who have always dreamed of a son or a daughter and later give that child in question more privileges - or less punishment. But often it also has to do with similar characters or interests. If you play football yourself, it is tempting to fully support your footballing eyeball while you sometimes pay too little attention to your less sporting child. And a daughter who, like her father, is active and open to new experiences, may receive more attention than her brother who cries and whines faster. ”

Van Leeuwen asked also children themselves or they feel that their parents had a preference. Ten percent say yes. “Studies show that those feelings can turn out to be negative. In this way jealousy and rivalry can arise between the children themselves, or children who feel disadvantaged can get a less positive self-image. Although it doesn't always have to be this way. Sometimes children find the unequal treatment fair or just. Suppose their brother or sister is seriously ill, or has a distinct talent, then there is usually understanding. Conversely, we also see unexpected effects: the favorite children are not always happy with their role. Sometimes they feel guilty towards their brothers or sisters, or they get the feeling, for example, that they have to perform extra to keep their favorite role. ”

So do you feel a preference for one of your children? never notice that. Nobody benefits. In fact, try to solve it. Take a trip with that one child more often. Who knows, the click appears to be larger than you thought.