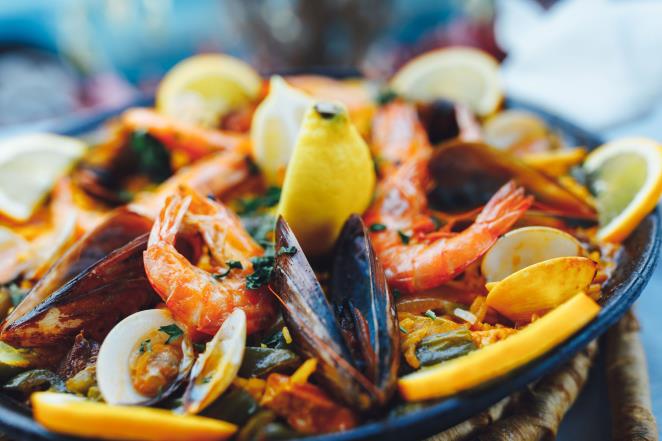 From a fried pescaíto frito and freshly salted red tuna, to the famous dry sherry wines from the Jerez flamenco region: in Cádiz, the most southern and sultry province of Spain, travelers who enjoy good food can indulge themselves.

The fish dishes from this Atlantic coast province with its snow-white beaches taste completely different than anywhere else in the Mediterranean. You can also taste the influence of herbs from neighboring Morocco in many dishes. In addition to all traditional dishes, many famous chefs work on combining innovative techniques, original flavors, international influences and local, fresh products. With this they set the tone for one of the most exciting regional food scenes in Spain. 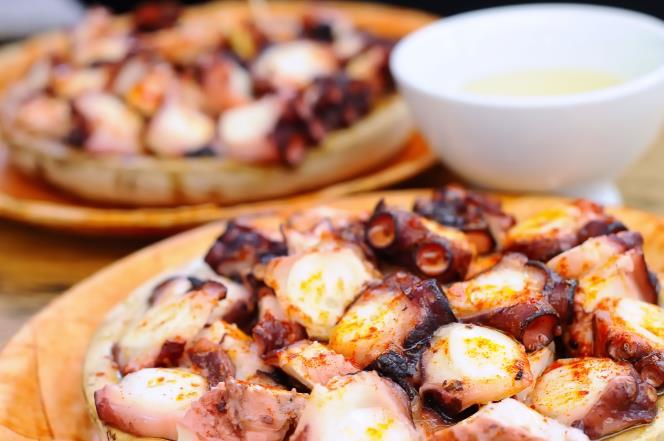 If you want to make a gastronomic voyage of discovery through the province, it is best to start in the exuberant capital, Cádiz. A visit to this historic city means searching for all the local culinary delights as well as lazing on golden beaches and drinking wine in the bustling city.

The food scene of the city of Cádiz is developing at breakneck speed, but thanks to its sunny location by the sea, everything is still about super fresh fish dishes. One of the most typical local dishes is pescaíto frito (fried fish). The tastiest is the always full restaurant Freiduría Las Flores, where they serve it with a generous dash of lemon juice. The lively Barrio de la Viña is the place to be when it comes to seafood. You can eat the best tapas in town at the elegant El Faro, which is known for its legendary tortillitas de camarones (crispy shrimp cookies). A block away you can go to the beloved Casa Manteca, where making the sweet chicharrones (crispy pork bacon) is serious business. But with all these beautiful, fresh ingredients, creative works of art are also created. contemporary twist. Innovative newcomers include the Andalusian-international restaurant La Marmita, the refined Sopranis, former grocery store Ultramar & nos, Tapería de Columela (where the line is invariably outside) and the age-old market Mercado Central de Abastos.

Where to spend the night

Parador de Cádiz, located by the sea, is a cool design hotel with no fewer than four swimming pools, a luxury spa and stylish contemporary rooms.

At the mouth of the Guadalquivir River lies the town of Sanlúcar de Barrameda. This is where the salty manzanilla is made: a young, dry and unique sherry that is not produced anywhere else in the world. The Bajo de Guía, a busy shopping street on the river, is known for its fish restaurants, while Casa Balbino is the go-to for a local drink with deliciously crunchy tortillitas de camarones (shrimp cookies). One of the two restaurants with three Michelin stars is the extremely imaginative fish sensation Aponiente by Ángel Leon. This restaurant in El Puerto de Santa María is truly the gastronomic queen of the so-called Sherry Triangle. León's Alevante restaurant, in Sancti Pectri (south of Cadiz), is not far behind and won a Michelin star in 2018.

Newcomer Casa Palacio María Luisa is the first five-star hotel in Jerez where you can spend the night in the stylish rooms of a 19th-century country house. 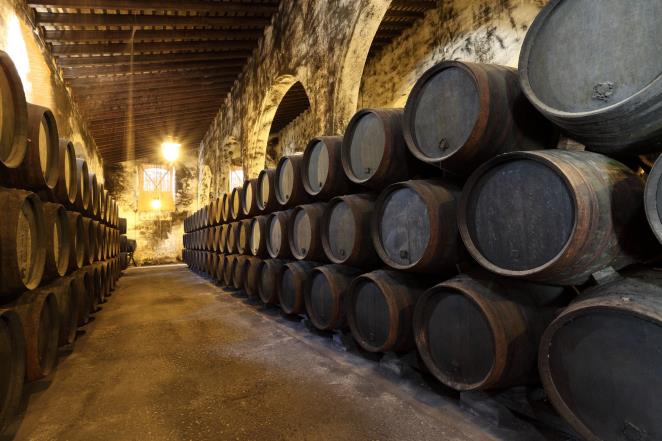 To the southeast of Cádiz, on the silky soft beaches of wind-carved Costa de la Luz, the bluefin tuna is king of the Atlantic. He is still caught in the age-old almadraba way, a method that dates back to the time of the Phoenicians. The fishing town of Barbate claims that it not only has the best almadraba catch, but also the best tuna restaurant, namely El Campero: "the tuna temple". In dishes such as tuna fillet ceviche, jamón marino (salted tuna belly) and atún encebollado (fried tuna with onion), tradition and innovation come together perfectly.

If you are in the Costa de la Luz area in May or June, then also visit a Ruta del Atún festival.

Hotel Antonio has simple design rooms and an excellent restaurant on Zahara Beach.

Explore the interior, along the winding roads of the rugged Sierra de Grazalema steeply uphill, and you'll find that the kitchen is changing. The green mountain landscape not only brings steep gorges, ancient spruces, towering mountain peaks and rural pueblos blancos (white villages), but also mountain meat, artisan payoyo goat cheese, delicate tagarninas (thistles) and an abundance of other products directly from the surrounding hills. Those who have finished kayaking, canoeing, visiting caves, paragliding or walking the 1,648 meter high El Torreón can enjoy towering cheese boards and Cádiz wines at Al Lago, an artistic restaurant surrounded by the white houses of Zahara de la Sierra. Or visit Restaurante El Torreón in the white-red colored village of Grazalema and try the tagarnina scramble (made from Spanish golden thistles) or sirloin steak in green pepper sauce. 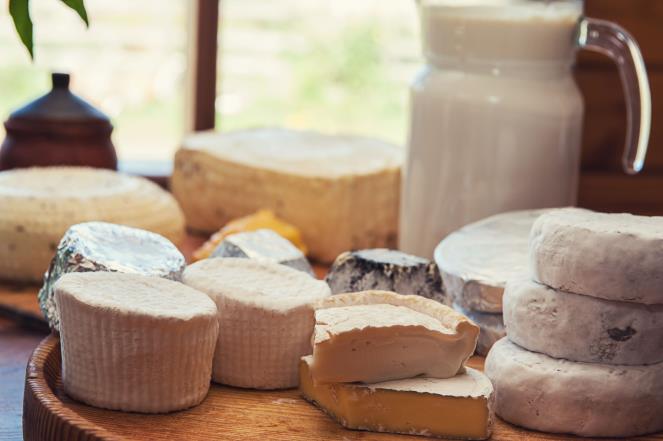 © Offered by Pijper Publishing BV Taste the best of Cádiz: fish dishes, sherry and southern Spanish cuisine Where to stay

Wake up at the boutique hotel Al Lago in Zahara de la Sierra and look out over a shimmering reservoir, or go for a colorful style with garden pool in the charming guesthouse La Mejorana in Grazalema.