"That you reported us to child protection was the straw" 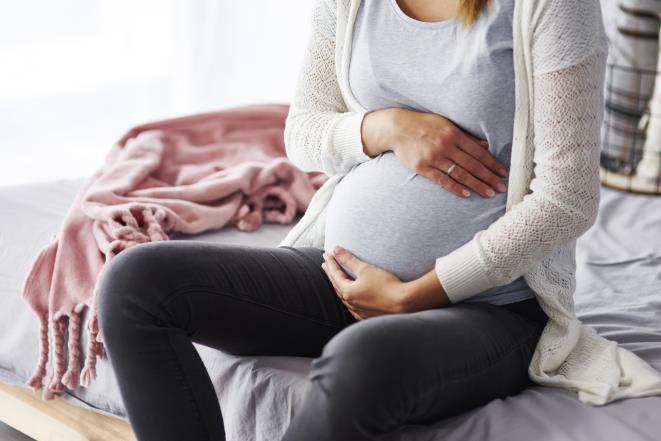 In this weekly section, readers write a letter to someone who has played an important role in their life, positive or negative. This time Anouk * (32). She writes a letter to her mother, with whom she has always had a difficult relationship.

You were 17 years old when you got me. I was not an accident, you wanted a child. My father was barely in the picture and we lived with grandma in the house. I saw her more as a mother, with you I had a sister band. When I was 4 years old, you met someone and we started living on our own. A few years later I had a sister. For me all misery started there.

In the first few months of her life, all the attention went to her. There was nothing she could do about it, she was a terrifying crying baby, but I remember that it was difficult for her to be sister to sister from one day to the next. It stayed that way. She turned out to have a very high IQ and autism. With her giftedness, she spoke six languages ??in no time, after a few lessons she was able to play the piano and was so good at dancing that she was in special selection classes. She was just good at everything. Now that I am the mother of four children, I understand that you were proud of that as a mother, but you seemed to forget that she was not your only child. I was also there.

"You were certainly not enthusiastic about my pregnancy and you literally said: I don't like to be a grandmother"

When you and her father broke up, you couldn't stand it both of us pay for dance lessons. Because my sister had more potential, I had to stop. With a part-time job behind the desk at the dance school, I was able to arrange for me to have dance lessons in return, but that is not how it should go.

I left the house at the age of 19. I met a nice man and soon became pregnant. You suffered a burnout during my pregnancy. You were certainly not enthusiastic about my pregnancy and you literally said: it does not suit me to become a grandmother. If you have your first child, that is not what you want to hear from your mother. I noticed that at that time I was attracting a lot to grandma. I shared with her everything I really wanted to share with you. But I didn't get any support from you at all. Grandma died when I was very pregnant with the second. With that, I lost the only person with whom I could share everything.

"We had a huge fight because you thought I wasn't giving the children enough attention. You told me the children were there.

You never agreed with me, disapproved everything I did. In my third pregnancy you reacted completely bad. "You leave it out, I suppose?" was the first thing you said. It arrived so hard. It has never been 'how nice, congratulations'. Only after the delivery did I see you again and our contact gradually recovered.

For a while it went well. We decided to take you on holiday to the Antilles, so that you could also meet my in-laws - who live there - once. You were incredibly enthusiastic. But once there it started more lazily. We got into a big fight because you thought I wasn't giving the children enough attention. You said that in front of the children. You also behaved like a dragon to my husband. If he wanted to show you something of the island, you would demonstratively turn your head the other way. On the return trip on the plane we had another accident. My second son was humming and you got involved. I said, "Ma, can you shut up?" "You know, take a good look," you said. We had just taken off and still had to fly for 9 hours. This was early May last year. After the landing we said goodbye. We have not seen each other to this day.

"Although of course I knew he was the father, I immediately purchased a DNA test to prove it"

A month after the holiday you and my husband got a discussion on the phone, for something ridiculous. The following day a report was made to Veilig Thuis and the Kinderbescherming. I'm sure you're behind that. The things that have been said about my husband blowing, for example, are clearly statements from you.

All this was just before we got married. I didn't want you at the wedding and neither did my sister. She appeared to have told my husband that he would be stupid if he married me, and that our third child was not his. How dare she? Although of course I knew he was the father, I immediately purchased a DNA test to prove it. I have not heard from you since those underhanded actions. In the meantime I have had a fourth child and now I am pregnant with the fifth. I haven't received a ticket from you all this time.

"Just be proud of me, Mom. I may not be a gifted person, but I am pretty good at it. I never do it well in your eyes. I never met your expectations and I still don't. You never gave me the feeling that you were proud of me. I feel like you don't want me. Sometimes it even seemed like you were jealous of me. Just be proud of me, mom. That I am a mother, that my house is tidy, that it looks nice and cozy. That I'm not on drugs, like you used to be before you got me. I may not be gifted, but I am doing pretty well. It is always commentary and I notice that it often annoys me in my life, also in contacts with others.

Do you realize that a large part of the problems is up to you? You hardly have anyone anymore. That is the result of your own behavior. A mother does not do the things you do.

Letter Secret is a weekly section of RTL News Weekend. Here, readers (anonymous) write an open letter to someone who has been of great significance in their lives, positive or negative. Would you also like to write a letter together with one of our editors? Mail us at weekendmagazine@rtl.nl.

Don't want to miss a Letter Secret? Then subscribe by clicking on the Letter Secret tag below and then selecting Follow at the top left.

* The name Anouk has been changed at the request of the letter writer. Her real name is known to the editors.