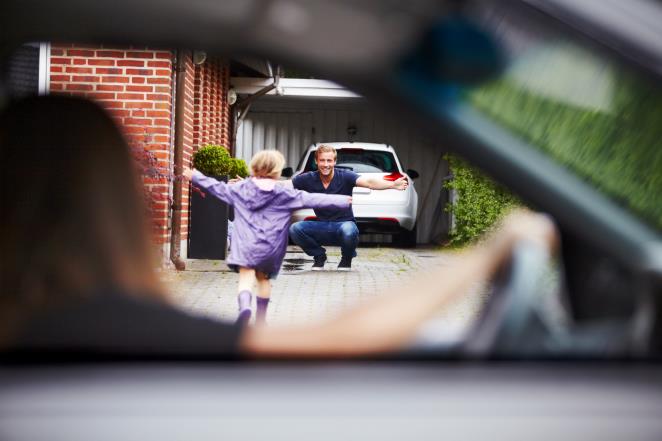 It is teeming with unwritten rules in life. Laws that nobody tells you about, but which everyone seems to have an opinion on. In this section we take a closer look at a situation or opportunity every week: how does it actually work there? These are the five rules of the game for co-elderly.

After sitting on each other's lips for a long time, it can suddenly be over with the fun. You're going to split up and the kids are hopping from house to house. As soon as the contents are divided, the worst tears have dried and the co-parenting schedule has been drawn up, you live the new reality. But what are the rules of successful rearing with your ex?

"Divorce in itself is often not the biggest problem," says Marsha Pinedo, who runs a platform for children of divorced parents with Villa Pinedo. "It's about the way parents interact." Dropping your child out at the door or just walking in together is a world of difference. The feeling of 'nice, we're going back to daddy' is the best. For all parties. So always bring them to the other, and - if you really want to finish it nicely - have a coffee together. You immediately discuss the child's feelings, but also those of each other. That keeps things light-hearted between you, or at least normal. Even when difficult things have to be addressed, such as the distribution of the holidays or the introduction of new loves.

Actually nothing changes when you break up and from now on as the co-parents raise the grain. Yes, the bed no longer needs to be shared, and the kiss upon returning home may be finished. You both run your own household, but still do it the same way. If you were ever married to a financial disaster, you shouldn't expect that she suddenly has all the folders in order now that she has to do it herself. And if your husband was a workaholic, then "he's not suddenly a tea-and-cookie man on the days when the kids are here. Nice thing if it goes like this, but don't expect it. So leave each other a little, and give the space to find that new way.

Practical is nice, in a good relationship. Also with your former lover and now parent in crime. Nobody wants to fuss. Tip from the domestic front: take that joint account into account and buy children's clothes from it. Online and everything times two. Little effort and a lot of fun for both. Stocking the same stuff in every home prevents skewed faces and saves your bins with reclaim wax. Also nice: that way the little blood does not have to go from one to another with a briefcase.

About how you are doing. About what you feel. Maybe talking was never your strong point, but don't shy away from it. Do you miss the kids? Say it. Are you ka-pot? Say it. Are you proud of how your co does it? Say it. And dare to adjust previously made agreements. If you change week by week first, but do not feel well anymore, then search together for a new shape that does work. Co-aging well is also good for each other.

5. Don't step into the co-parent pitfall

You are going to live a split life, as a co-parent. The days with children are dominated by your parenting, and the days when they are with your ex suddenly feel a bit student-like. Do you cook yourself or is a sandwich enough? Or you can eat in a different restaurant every childless day. But watch out, I patronize from experience, and don't put all your socials in your childless days. You are hollowing yourself out in terms of energy and meanwhile your children have no idea what your life is like. It is much more fun to involve them in your new life where possible. Let a friend have a nice dinner, instead of seeing each other one-on-one in the pub a few days later. Successful co-elderly can only succeed if you also take good care of yourself.