The 7 scariest places in Europe 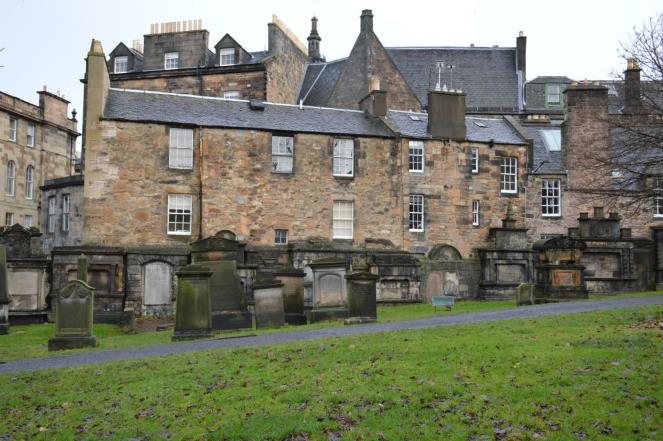 Do you also love creepiness? Then these places are really for you. Deserted villages, hedged forests, a desolate cape where it always blows and a castle with a bloody history that can still be felt. Welcome to the 7 scariest places in Europe. © Offered by Zoover edinburgh

This is where JK Rowling found inspiration for Harry Potter Greyfriars Kirkyard in the Old Town, perhaps the most creepy place in all of Edinburgh and certainly one of the scariest places in Europe. Opposite this glorious graveyard, JK Rowling wrote her bestseller Harry Potter. She found inspiration in the myth around George McKenzie, who is buried here. McKenzie, a lawyer responsible for the deaths of thousands of residents, rests in a large, black mausoleum. Well, rest. Anyone walking past it (preferably in the dark) can just experience a cold shiver, and feel a gust of wind, a shock or even a touch. You can attribute all of this to the unmanageable spirit of George McKenzie. If you hear a dog bark, this could be Bobby. Bobby was a street dog who guarded his owner's grave for more than a decade. When the beast finally died, he was buried within the gates of the cemetery. All the elderly residents of Edinburgh have embraced him. 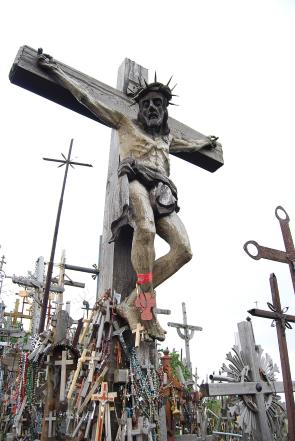 2. Hill of the Crosses, Lithuania

Just lay there ... Thirteen kilometers from the town of Šiauliai in Lithuania you will find more than 100,000 crosses high on a hill. Although it looks like a chaotic graveyard, there have been no funerals here. It started after the November uprising against the Russian empire in 1831, when relatives of the deceased had no real bodies to bury, so they came here to plant a symbolic cross. Since then, this creepy crucifix drop-off has become a symbol of resistance, despite being cleared twice by the KGB.

More bloody than Game of Thrones The castle with the dubious honor of being Ireland's haunted castle, Leap Castle, you can see from afar. Always tempting, a castle high on a hill, but know that its history is more bloody than all the seasons of Game of Thrones put together. Leap Castle was built in the early 1500s by the brutal O'Carroll clan in an old druidic place and set the scene for massacres, murders and torture. Enter the Bloody Chapel and you will feel the presence of a priest who was slaughtered on the altar a long time ago by his own brother. Cozy! The Red Lady also seems to be haunting the castle. Really one of the scariest places in Europe ...! 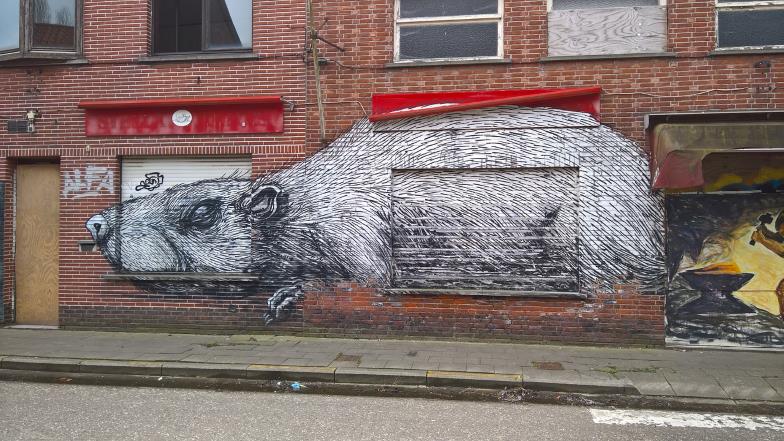 An abandoned ghost village on the Scheldt For hopeless loves and half forgotten villages, poets are needed. This is what Hilde van Cauteren wrote about the wonderful ghost village of Doel on the Scheldt. We cannot put it more beautifully. Doel was once a pleasant village with 24 bars, always busy, happy children's voices. A daily ferry to the other side. There is nothing left of it. Since the Antwerp harbor barons have 'claimed' the village to make a dock, it has been haunted ... there are only ten people left. The bus? It only comes once a day, earlier every hour. Almost all houses are boarded up and are covered with graffiti. Next to the church is an old house from the seventeenth century. The famous painter Rubens and his 16-year-old lover once lived here. The grass is now towering. You tend to go inside. You call this Urban Exploring, discovering old abandoned buildings. People who practice the hobby see art as a form of releasing stucco. It is forbidden, but there is great temptation to also walk into a garden in Doel and look inside through the nailed-in windows. Be warned: not everyone has left! Target is also close to Antwerp. So if you are in the area, a visit to Doel is worth the detour. Looking for a nice hotel in the center of Antwerp? Sleep well at Hotel Lindner & City Lounge Antwerp. Reviewer Marsjean gives a big 10: 'Atmospheric hotel. Very friendly staff. Nice rooms with great beds. Delicious and extensive breakfast. " 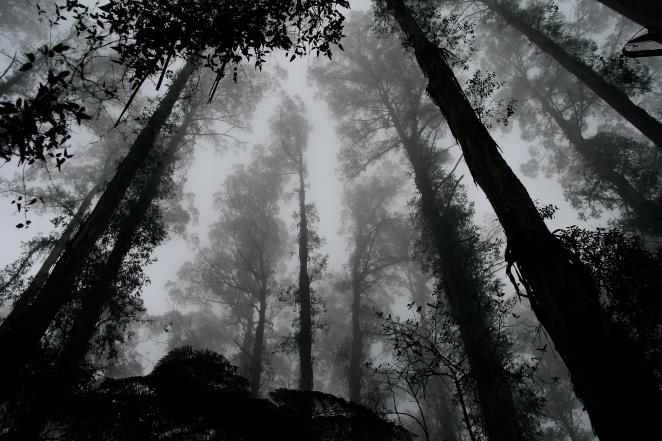 Blair Witch Project 2.0 Did you find the castle of Count Dracula a bit disappointing? Then continue on to the Hoia-Baciu forest, the Bermuda Triangle of Romania and one of the scariest places in Europe. Countless people would have disappeared here. Also do not be shocked if your mobile or GPS suddenly gives up. Hoia-Baciu is the scariest forest in Europe. The name owes this forest to a shepherd who would have disappeared with his sheep. A five year old girl also disappeared in this forest. Five years later she reappeared: in exactly the same clothes. She remembered nothing. Can it get any crazier? Yes, in 1968 the biologist Alexandru Sift signaled a disk-shaped flying object near the forest. A UFO! 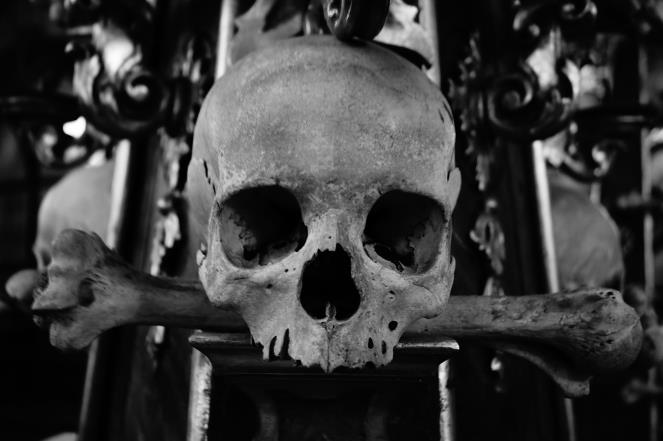 The Bottenkerk near Prague The gothic church in Sedlec, near the picturesque town of Kutná Hora, looks pretty ordinary from the outside, but go into the basement and discover something horrifying: bones of thousands people were bleached and then beautifully carved, and now artfully cover everything that can be seen, including the chandelier. Strangely enough, the macabre bone church exudes something peaceful. Judge yourself. From Prague it is only an hour's drive to Kutná Hora.

Welcome to the underworld At the very tip of Cape Teneron on the Greek peninsula of Mani is the entrance to the underworld. Your imagination will immediately hit you in this desolate windy place. You can't go further by car, so you have to walk. After a while you will come across the ruins of a small temple: Sanctuary and Death Oracle or Poseidon. You have to stoop to come in. Modern offerings are placed on a stone, consisting of buttons, rubber bands, lighters, a plectrum and even a teat. Under the spell of the old netherworld you expect Cerberus, the three-headed hellhound, to guard the entrance to the temple, but do not fear; you are all alone. Only on a windy desolate cape. Without reach and left to the gods, including Hades: the god of the underworld.