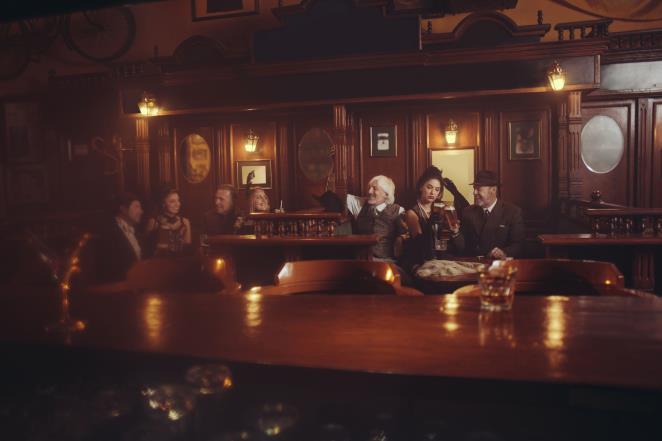 Pay attention to Peaky Blinders fans! Grab your best 20s outfit and travel to Birmingham for the first Peaky Blinders festival. This two-day festival is an initiative of the creator and writer of the hit series, Steven Knight. The festival will be complete in Peaky style with music, theater, fashion and street food.

The hit series recently announced the release date of the fifth season for Netflix and is currently on BBC. The series with Cillian Murphy and Sam Claflin is a worldwide hit and has viewers from 180 countries. Peaky Blinders has an arsenal of top fans from Stephen King to Steven Spielberg. It is therefore a logical step to organize the Peaky Blinders Festival.

A message shared by Peaky Blinders (

Of course, the festival will be held where it all started for Tommy Shelby, in Birmingham. Make sure you keep September 14 and 15, because these are the dates of the festival, Birmingham's Digbeth Arena will be transformed into the world of the Shelby family with parts used on the set - this location is the perfect match for the complete experience since it is located in the neighborhood where the original gang once lived.

A message shared by Peaky Blinders (

The festival let the series come very close, where you can see the stars in the show and relive the story from close by as scenes of the series are re-enacted. Practice some scenes in advance, because audience participation is encouraged. that boxing is an important part in the series and this is not that's not to be missed at the festival. Furthermore, live music will be provided by Primal Scream, Slaves, Mike Skinner, Anna Calvi and Nadine Shah, among others. The clothing line Kent & Curwen by David Beckham will be presented and this will be provided by the creative director of the show, Daniel Kearns, who gives tips to create the perfect 'Peaky Look'.

Shared a message by Peaky Blinders (

And if that is not enough, the fans also get the chance to participate in a Q&A where anything can be asked to Steven Knight and actors from the series.In addition to a full program of theater, live music and fashion, there are also numerous pop-up bars, and food trucks to get through the day.

Day tickets are now for sale for around € 75 and available through Ticketmaster.