The issue of upbringing: our son would rather have carnivals than go on a winter sport 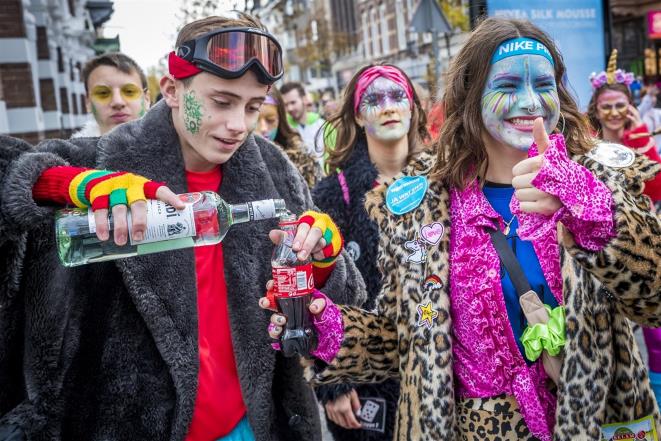 Judith is holding her heart now that her eighteen-year-old son has indicated that she does not want to go on winter sports, but instead goes to carnival. Can she force him to go anyway?

She already has sleepless nights, Judith says: "To my great horror, Felix suddenly doesn't want to go on winter sports with us, but will go on carnivals with His friends, I guess there's a lot of liquor that comes along, and I don't like this idea. Soon he'll get into a fight in town or have an accident, and I'll be hundreds of miles away. go make it to him. Do I have to let my son go or insist that he go with us anyway? "

You can hardly force a boy of eighteen to go on holiday, however much you like that is the opinion of remedial educationalist and parenting coach Loes Waanders: "Do you think that if you do, he will spend the entire day watching grumpy carnival movies that he receives from his friends? No one will be happy about that. Try it to put yourself in it: what did you want when you were that old? "

" O At that age they want to belong and do a lot with friends. Show understanding, say you understand that he wants to party with his friends. Teenagers are sensitive to the opinion of their parents, but they do not explicitly show this. But the more you impose your opinion on your child, the less your child will share with you. Teenagers do not want to hear judgments from their parents, then they crawl in their shell. That can be frustrating for parents, but that's how it works. "

" Don't judge but prepare him: what would he do if a friend got so drunk that he could barely stand? "

Fortunately, there is something otherwise what you can do better, Waanders points out: "Instead of sharing your opinion, it is smarter to ask a lot of open questions. Show genuine interest. That way you can prepare your child for what is to come. So don't judge, but prepare. For example, ask what he would do if a friend got so drunk that he could barely stand, or what he would do if someone got sick. And whether he and his friends make agreements about that. "

" As a mother, get over your own fear and start the conversation without prejudice. "It is also difficult as a parent to let go of control, certainly when you are far away, Waanders admits: "Therefore, exude confidence: you grant your child a fun carnival and he can always call you, no matter what."

Don't want an episode of this section If so missing, click on the Parenting Issue tag below and then on "Follow" in the top left.