The last time: "When he took off his pants, I didn't want anymore" 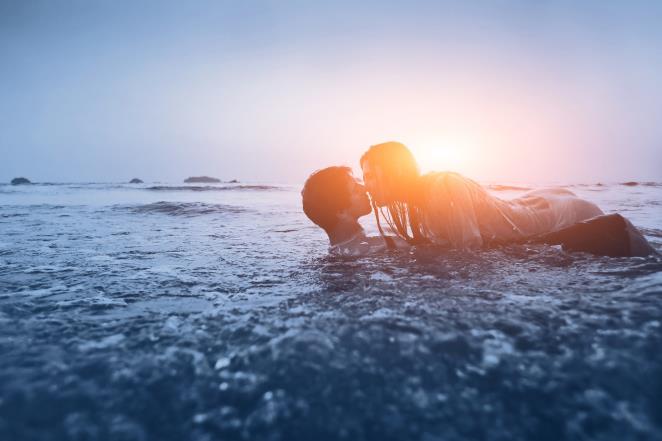 © Grazia The last time: "When he took off his pants, I didn't want to go anymore"

Yasmina (29) is single and last month had sex with Z. (22) during her vacation in Bali.

"In a beach bar on Bali I met Z., a well-known Australian influencer. I had seen YouTube videos of him. He is handsome, really a wonderful surfing god. A also player, so not my type anyway.He did very cool about how he travels the world and how he gets all sponsored.I was impressed I must admit, but that was also because he left all bottles of liquor on We all laughed and danced all night until everyone around us disappeared We decided to stay on the beach to watch the sun rise Very romantic, but we were both like that drunk that you are in such a rush. Everything was beautiful and beautiful, everything was nice and tasty. At a deserted beach cabana, half in sea, we sat down. And kiss. His hands went down immediately. I noticed that he was very excited. His breathing was deeper and faster, and he tried to open the buttons of my bodystocking. "

" I was so far gone, it was all very exciting. Now I think: idiot! You're not going to do it on the beach, are you? But at that moment I really wanted to make love with this handsome hunk. Under the moonlight and with the sound of the sea. His mouth went down. That wasn't very successful. So I wanted more than that. But he held me tightly by my hips, licking stiffly. "I want you to come," he said. I wanted that too, but it wasn't going to happen that way. This was precisely the reason why I prefer having free men with older men who know how to fit a woman. This boy had no idea. "

" I tried to loosen his belt, because I didn't feel much over his pants. "Give me your dick," I almost shouted angry when he turned away with his hips. Yes, I am sometimes a bit dominant in bed. It excited Z., I saw that. But he was suddenly shy too. I found that both cute and worrying, because why? Well, I found that out when his boxer went out. I have seen men with a small penis before, but this unit was not fully grown. I cannot describe it in any other way. It was complete, but small and thin. Very small and thin. I later described it to girlfriends as a power clitoris. I was immediately sober again. I am not a body shamer, but this man is almost two meters, muscles, big mouth; I didn't expect this. And of course I was still under the influence and therefore could not respond so well. So I said nothing and just stared. Z. saw my response, of course he saw my response. The mood was gone in one go, with him too. Because his penis disappeared in his pubic hair, and then in his boxer shorts. "You are such a bitch," he said, before he started to list all my negatives and walked away. I didn't go after it. And after his scolding and the fact that he left me alone, I don't feel guilty either. "