The Mythical Forest of Congo Victorian explorers once came to the immeasurable, unexplored wilderness of "the dark heart of Africa" ??to search for seemingly mythical creatures. Follow in their footsteps on a gorilla safari in the rainforest of the Congo Basin.

The rain hits down on the canopy and thick drops trickle past exuberant plants on the ground. A group of men scramble through the rainforest, stooping under fist-thick lianas. An evil boyish figure is in charge. With his lush mustache and hat he makes his way into the oppressive air. He takes a good sip of brandy. 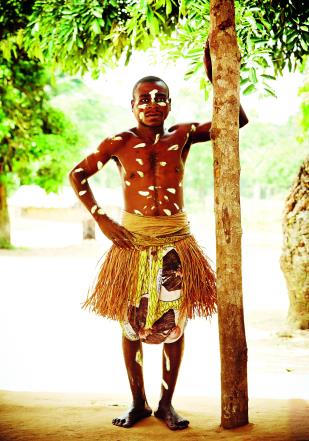 He has spent months in this endless jungle, kept under control by few more than honey, sometimes a piece of monkey meat and craving. He is obsessed with a mythical creature who is called njeja by the locals. This spirit of the Dark Continent has never been seen through Western eyes,

The man stops, stoops and examines a piece of carrot. The root has been torn from the ground and chewed on it. Further on, a tree shakes in the windless forest and the cracking of a branch sounds through undergrowth. He gives a signal to the others, swings his rifle with a bow from his back and leads the men through a tunnel of broken foliage. He squeezes himself through a curtain of greenery, comes stumbling out of the bushes and then suddenly he comes face to face: his life's purpose, the king of the African jungle.

' I will never forget that sight, "the man will write later. "He stood on his hind legs, with a hellish expression on his face, like from a nightmare. His eyes seemed to flash with fire. He roared and roared. The roar was like thunder of thunder. He struck his chest with anger and then came to me ... ' 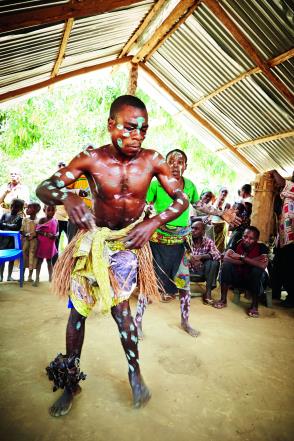 The afternoon hour has not yet hit the pygmy village of Oleme. Bamboo huts and compressed mud stand in an open space in the jungle. The overhanging roofs of marantaceae leaves glisten in the sun. The village seems deserted, but in the central hut kandza the entire 90-person population of the village is packed together. They sit under a tin roof next to open walls around a pair of drums made of hollowed-out tree stumps with antelope skin strung over it. . A young man and woman are dancing in the middle of the hut. Their shells and anklets clatter, their skirts swirl around them and their sweat mixes with the paint on their bodies.

Oleme is located on the edge of Odzala National Park in the north of the Republic Congo. 320 kilometers to the west, the Victorian explorer - and thrill seeker - Paul Du Chaillu “discovered” the gorillas. 320 kilometers seems a lot, but it is nothing for the Congo Basin concepts. The river basin of the Congo River, the Congo Basin, has an area of ??more than two million square kilometers. It is an immense area with enormous biodiversity and includes the second largest rainforest in the world.

From this, Du Chaillu emerged in 1859 with 20 human monkey skins and unverifiable stories of savagery and cunning. of these "hideous half human, half beast" beings. Charles Darwin's On the Origin of Species had just come out and suddenly there was meat to attach to the bones of evolutionary theory. The French-American discoverer was honored everywhere he went. 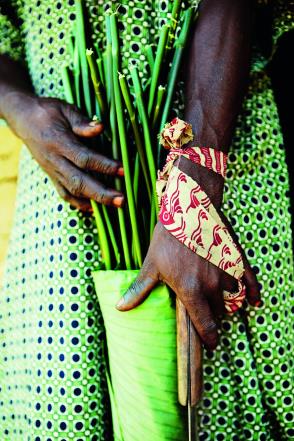 Singing and clapping continues. The hotter it gets, the louder the singing and clapping. You can see how hard they are having on the faces of the dancers. It may not seem like that, but it is a great honor to be allowed to dance here. "We dance to connect with the spirits of the forest and show our appreciation," says village senior Ngouma Frederick. Its small shape is dominated by an exuberant mustard-colored garment with flowers. "We have to approve them, otherwise the forest won't feed us anymore."

For these people, the physical and the spiritual world overlap. Their ancestors live on in the midst of them and communicate through sounds, from birdsong to the intonation of chimpanzee cries. It is an abundant forest, but there are clear boundaries. Gorillas are very popular on the black market due to the magical-medicinal qualities attributed to their limbs. But it is an insult to the gods to hunt them down. In addition, the forest people feel a congenital relationship with the great apes. "We have a bond with the big monkeys," says Ngouma, while the drumming finally stops and people break up. "You just have to look at their hands, their nails, the way they move - they are so human."

Also read about the stories from Tanzania