The opposition: "My baby can just use my smartphone" 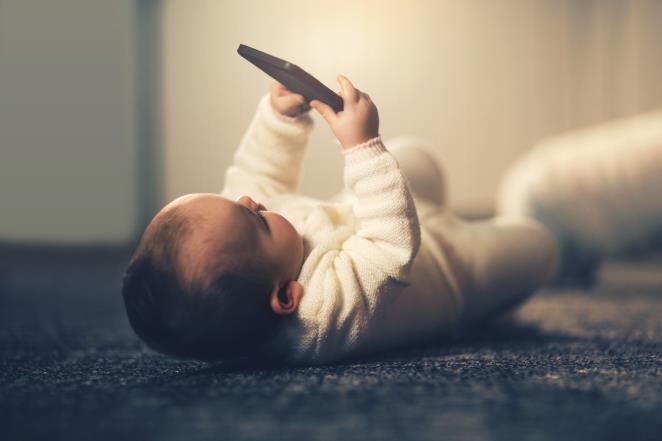 © Grazia The opposition: 'My baby can just use my smartphone'

Every day, young children stare at a screen for about an hour and a half and research from Iene Miene Media shows that 57 percent of children up to two years old sometimes have a has had a screen in its pockets. Experts believe that parents should apply stricter rules about this. Isolde, mother of three children, is wrong.

"My youngest is not yet half a year and I see that he is already looking at my smartphone with great interest. grab my cell phone for a while, then I will not actively keep it away from him, I set up a game for him to play as normal My children learn a lot from screens, so their fine motor skills improve, they become better at solving them of puzzles, they are creative when they imitate things and it provides relaxation. "

" I don't see screen use among children as bad. It's the technology of this generation. Our children use that technology well I think it is not so much how often they sit with a tablet in their hand, but what they do with it, so I think it is nonsense to say that screen use among young children would lead to less Social skills and overweight Children are ju is socially engaged when they keep in touch with family abroad or play games with friends. And being overweight? That is certainly a risk, but I see my oldest with a YouTube video bouncing around the room regularly to learn new dance steps. "

" As far as I'm concerned it is not the screen use that children suffer from, but rather the limitation and patronization of their parents about it. All those rules about how long they can use an iPad or computer ... I don't believe that. You limit your child's freedom to make their own choices. If I later prohibit my youngest person from sitting on my smartphone, he will probably build up an unhealthy relationship with it. As if it is something exciting. He will undoubtedly see the use as something sneaky and exciting. The result? He picks up my phone behind my back, so that I can no longer see it. "

" I prefer that my child and I interact with each other with confidence. Screens are part of it. If he chooses to spend his free time like that, then I can. We may think differently, but I don't want to impose my own values ??on him. Then only conflicts arise. Moreover, who says that our values ??"are right" and those of my child are not? As author Steven Johnson of the book Everything Good Is Bad For You states: "There will always be criticism of new developments." Suppose books were developed after games. I can already see the headlines: "Too much reading puts a child in isolation!" A book would give little incentive, on the other hand, gaming is three-dimensional and interactive. You have to follow the story in a book, gaming gives you the freedom to make your own. In that world, gaming would be much better for your child. "

" There is now a lot of suspicion about the digital development of children because it is new. I think that stems from a kind of fear of the new. Especially

if your children develop skills and acquire interests that you as a parent do not understand. At a certain level they outgrow you. A frightening idea. Based on trust and dialogue you don't have to understand the latest technology, as long as you understand your child. That way you understand each other and respect each other's values. "

" As long as the use of screens is a refuge or way of relaxing, I think it's fine. But as a parent I of course draw a line somewhere. If my child doesn't have more eyes for anything else than for the screen and starts to lose itself, then I take action. I do that with everything. You protect a young child from himself, where he cannot (yet) estimate the limits and danger. At home I therefore always ensure a good balance and I offer my children various options. When I see one of them watching a movie for a very long time, I shout: "Who wants to play a board game?" Is the other completely absorbed in a game? Then I propose to go to the forest together. Or I ask him why he is so fascinated by the game. Then I learn to understand him better immediately. "

" Often they discover themselves quite quickly that they are 'done' with it again. They are playing non-stop for three days, after which they no longer have to worry about it for weeks. I give them the freedom to make their own choices by not imposing rules. Of course you also have to lead by example. If I constantly check my smartphone, my children will copy this behavior. So I also pay close attention to the balance between my screen use and other activities, such as going outside or reading a good book. In this way my children learn what the alternatives are and they can make a choice themselves. Just what they feel like. "

" When I saw my two elders grow up to be independent, conscious and social children, I knew that this approach was the right one for me. I believe that without all those rules they are stronger in their shoes. That they have more confidence and can show more empathy. Qualities that benefit them. Long after the screens have been replaced by yet another new invention. "