The parenting issue: how do I teach my child to handle money? 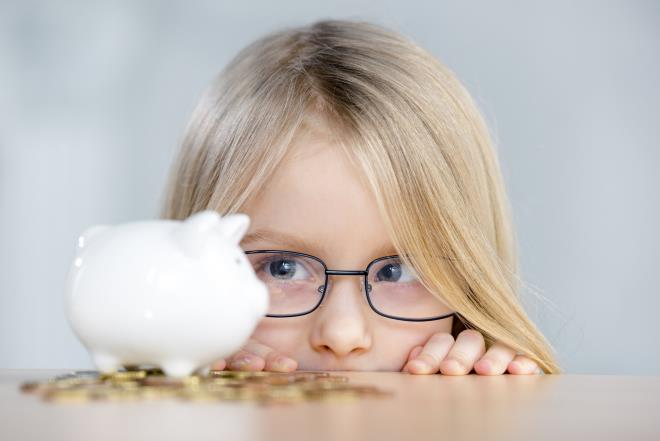 The four-year-old daughter of journalist Anne Broekman thinks the money is growing on her mother's back. Unfortunately that is not the case. How does Anne teach her daughter the value of money?

In practically every store we visit, my little shopaholic will find something she likes. "Mom! Can I have this? ”, On which a glitter pen, stuffed animal with sequins or bright pink unicorn is pushed into my face. Things she doesn't get nine out of ten times, which she is genuinely surprised about: "Then you just grab your ticket?" In other words: my debit card. And if something breaks down in the house, she immediately shouts: "Buy new ones!"

The value of money is still totally strange to her, and I probably can't expect much from her at this age either. Or is it? Can I already teach my toddler something about money, and when do you actually start with pocket money?

'Fit a dress in the store and don't buy it, because you already have enough dresses. This way, your daughter sees that mum doesn't just buy everything '

Children up to the age of 7 don't know the value and function of money, says education expert Loes Waanders: "They often want what they see right away and don't even think about the Certainly now that we pay almost everything with a debit card and the physical money is missing, money is 'invisible' for many children. Try to pay more often in cash, so your child sees that things are not free. "

< p> Another tip is to go shopping with your child and involve it in the purchases, says Waanders: "Then name for example that one pack of rice is cheaper than the other brand, and that you therefore choose the cheaper one. Let Seeing that you are consciously doing it and making decisions. Children learn a lot from that, or that you fit a dress in the store and you don't take it because you already have enough. That way your child realizes that Mommy doesn't just get everything. buy what she likes. "" Divide the pocket money together in one part for the spa arpot and a part to buy something fun '

And there is something else I can do to teach my daughter how to handle money: to play role-playing with fake money. Waanders: "Then you play little shop. And then it happens that one product is more expensive than another, or that the money runs out. From the age of six, children learn to count and you can start with pocket money and saving. Buy a nice piggy bank and divide money in an amount that goes into the pot and an amount for which your child can buy something Make a savings plan together with a fun purpose for saving From the age of eight, children can occasionally do small chores in the house in exchange for money Keep the long term in mind: research shows that children who learn at a young age how to deal with money are less likely to make debts later. "