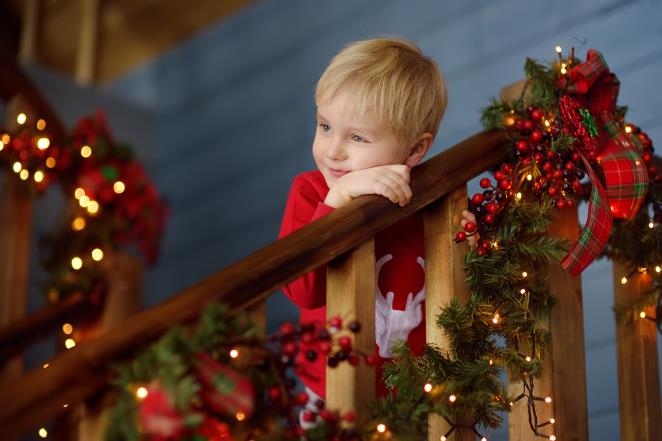 Ella is happy that the Sinterklaas madness is over. But now her son has set his sights on Christmas gifts. Despite her refusal, he continues to moan about this. How does she make short work of it?

There were presents, gingerbread the help Sint actually came over as highly personal. No, the six-year-old son of Ella was nothing short on December 5th, that should be clear: "We really celebrated Santa Claus with Oscar and he was overjoyed with his booty. Finally rest in the tent after a few exciting weeks, I thought But now he hears from classmates that they also get Christmas presents. You guessed it: he wants that too. I don't think that is necessary, he is already spoiled enough with Sinterklaas. I explained that to him but he keeps nagging about it. How do I do this? "

" Children pick up your own doubt or uncertainty flawlessly "

Getting presents with Sinterklaas but not with Christmas, that is quite a logical misunderstanding for a six-year-old, says children's coach Janina Dubbeld from Kindercoach De Vuurtoren: "After all: the more Lego, the better. For some children, the distinction between these parties is confusing. Keep asking for gifts is partly due to the character, there are children who have difficulty accepting 'no'.

But often falls make a lot of profit if parents communicate in a different way, also in this case. If you say to your child: "Well, I don't know, we'll see," then you give space to play. To be sure, check whether you really agree that you are not making presents at Christmas and especially consider whether you secretly think it is sad for your child. A child picks up your own doubt or uncertainty flawlessly. "

If there is less noise on the line, children will swallow much more from their parents'

According to the children's coach, the trick is to really do things like this to face your decision: "If you are clear in your communication, your son will feel at some point that nagging for longer does not make sense. By clear communication I do not only mean in words, but especially non-verbally, so your appearance. Speak calmly and clearly, keep it short and to the point and try not to get emotional. No is no. If there is less noise on the line, children take much more from their parents. "

The child coach chose to play an open card with her children:" My 5 and 7 sons are really not dirty of gifts, but I immediately made it clear that Sinterklaas takes care of the presents and that Santa does not exist. Never fussed around. "

If you don't want to miss an episode of this section, click on the Parenting Issue tag below and then on the top left on 'Follow'.