The parenting issue: my daughter is afraid of her operation 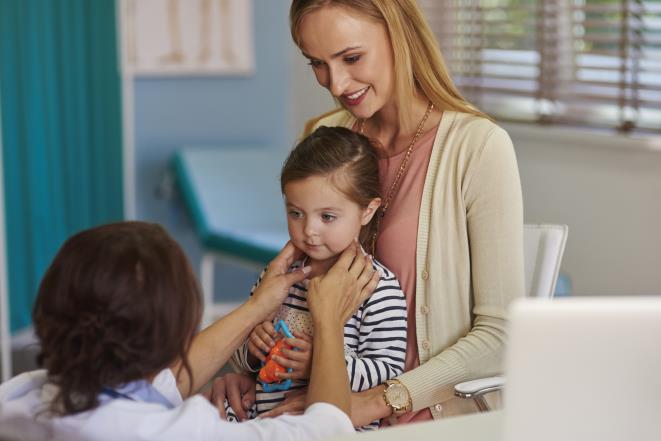 Cecile's 4-year-old daughter has been troubled by angry showers and crying lately. Could that have to do with her upcoming surgery?

Cecile's daughter is struggling with a sore throat. That is why the removal of the throat tonsils is planned soon. Cecile: "Since Emmy knows this, she has been quite rebellious at home. She gets angry for small things, for example when I say it's time to brush her teeth. Especially as a mother I endure it. This is because she is nervous for the operation? How do I prepare her well for this operation? "

It is very likely that Emmy's behavior is indeed related with the upcoming operation, says Janina Dubbeld of Kindercoach De Vuurtoren. Good preparation is everything, she says: "Try to tell your daughter as much as possible about how it will work. Maybe you can get a book from the library? There are very nice series for toddlers of her age, such as Nijntje in the hospital, a story about the removal of the tonsils. "

"Be aware that she has no frame of reference, and does not know what it will be like for her. So please explain to her well what it means to have no almonds anymore - she may have something very big here made in her head. Also useful: make a countdown calendar. And go to the hospital with her so she already knows what this looks like. "

Some children are not so afraid of the operation, but especially of the anesthetic. "Reassure your child by telling her that she will not be left alone and that you will be with her when she wakes up again. Tell her about the anesthetic, that it may feel very strange but that it is necessary because she cannot want to hurt, "says children's coach Dubbeld.

According to her, it is important as a parent to ask questions and to give your child the space to ask questions. "And keep in mind that she really needs you and that this is very exciting for a toddler. Take her seriously. Even if she has an unreasonable tantrum, keep in mind that in the coming period But if you know where certain behavior comes from, then you have more tolerance. Emphasize reassuring: hug d'r flat and say it is exciting but all will be alright. "

Do you not want to miss an episode of this section? Then click on the Parenting Issue tag below and then on the top left on "Follow."