The parenting issue: my daughter remains 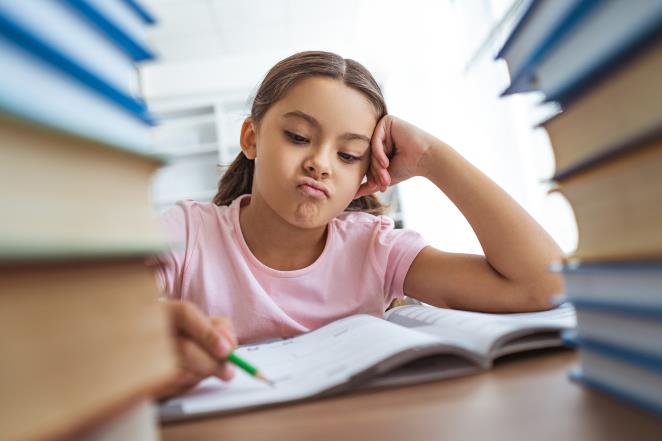 Eveline's six-year-old daughter will probably stay in this year. She finds that very bad, also because she compares herself with her older sister. How does Eveline deal with this?

Eveline was already in the mood when the reports were handed out last week at school: "My oldest daughter Lieke had a beautiful report, as we had expected. But Yfke, our youngest daughter , has difficulty coming to school, she is now in grade three and still pretty playful and easily distracted, her report was not good, she is lagging behind in various areas and there is a chance that she will be left behind. very much because she always compares herself with her older sister who learns easily. How do I make sure Yfke compares herself less with others and does not lose her self-confidence if she actually sits down? "

Behavioral scientist and parent coach Loes Waanders starts with reassurance: comparing children among themselves is completely normal: "Looking up to your older sister is part of it. That is not something to worry about immediately, unless you feel that she is really bothered by it. What is important is what a parent's message you give your children. "

" Some parents put a lot of emphasis on prestige and the end result: a good report. I recommend that you emphasize the process. Say that you have seen how hard she has done her best at school and, for example, that you know that it is difficult for her to sit still in the classroom for a long time: how good she did it. Then children receive a very different message than that it is purely about the numbers. And learn to put them into perspective. School is only part of their lives, along with many other things such as playing, social skills, sports and other hobbies. "

" Parents, be careful not to draw conclusions too quickly. Perhaps something very different is playing "< p> "With well-meant remarks such as:" Ah, you are very good at dancing ", you have to be careful, Waanders says:" With this you can trigger a thought that your child did not initially have at all: "Oh, so I am not good at school ... "So pay attention to your own assumptions."

Instead of relieving pain, it is smarter to ask your child specific questions, the parent coach says: "Ask your child what she is afraid of or saddened by. Maybe she doesn't like it at all It is very difficult to repeat a class, but something else is playing. Perhaps she is afraid that she will no longer see her friends. That damaged self-confidence is an assumption of the parents. So be careful not to draw conclusions too quickly. "

Don't want to miss an episode of this section? Then click on the Parenting Issue tag below and then on the top left on "Follow."