The parenting issue: my son is afraid of death 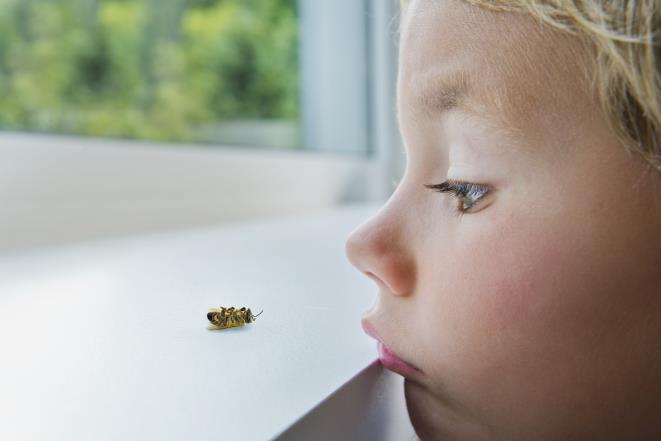 Jessica is worried about her six year old son Sven. Since their neighbor died, the boy is very afraid of death. What is the best way for her to handle this?

The neighbor was sick and old for some time, so her death was not entirely unexpected. But it was the first time that her son Sven was confronted with death, Jessica says: "And that probably made a deep impression on him, although we didn't even have that much contact with this neighbor. Sven has since been talking a lot about dead. He is very afraid that something will happen to me or his father and that he will be left alone. No matter how I try to reassure him, he remains afraid. How do I help him? "

being in contact with the neighbor does not want to say anything about the impact of her death, says psychologist Dave Niks of the Family Psychologist: "A neighbor is an institution, and suddenly she is no longer there. Life stops once, and that realization comes with it one child sooner than the other. "

" Don't pretend to be immortal "

Jessica's son now knows that people can fall away. Denying death - or saying that people only die when they are very old - is not advisable. "Prefer to say that everyone dies, but one earlier than the other," advises psychologist Niks. "So keep it honest and light-hearted. Tell your child that you are not going to die for a long time, that you still want to see how he grows up. But do not pretend to be immortal. You can also make a comparison with the making nature: that animals, trees and flowers also die in the long run. Sometimes a child suddenly turns over after such a statement. Then he says 'okay' and continues to play. "

" Tell something true you believe in yourself '

And what if your child asks further questions, for example about where someone goes after death? Then stick to your own conviction, nothing: "Children are very pure and quickly put their finger on the sore spot. They feel as if you are telling them a fairy tale, a fabrication that you actually do not believe in. When my father died two years ago, I wondered how to tell this to my two sons, then I read in a book about your body being your home, and after your death you don't need that home anymore, because the soul goes somewhere else. This explanation worked very well for our children, so I just want to say: find something that suits you and that fits your own beliefs. "