The style of: Prince Charles 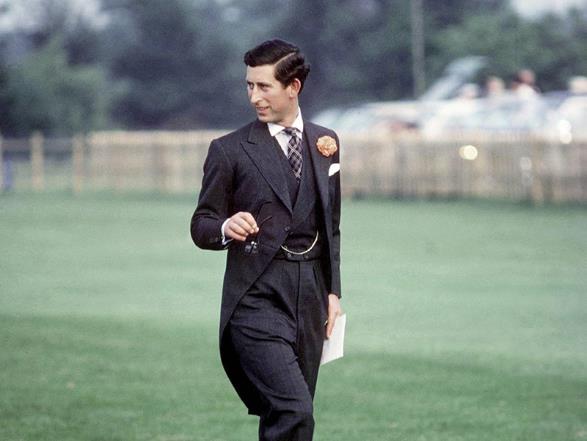 His Royal Highness Prince Charles Philip Arthur George, Prince of Wales, KG, KT, GCB, OM, AK, QSO, CC, PC, ADC, Earl of Chester, Duke of Cornwall, Duke of Rothesay , Earl of Carrick, Baron of Renfrew, Lord of the Isles and Prince and Great Steward of Scotland. But you can say Chuck. The oldest crown prince ever. If you ask us, also the most stylish ...

The crown prince often wears light suits. Both in summer and in winter, photos of sand colors, light shades of gray and softer blues come along. Because HRH (His Royal Highness) regularly has to exhibit in public with a regiment tie (a tie that belongs to the regiment of the armed forces, each with its own colors and stripes), the prince often keeps his suits and shirts very quiet. This makes them easy to combine with the enormous variety of ties. You can also wear shoes in many different colors under a light suit. Extra plus point.

As long as your suit fits well

Of course, the prince has the advantage that he can already be strolling around in bespoke suits from an early age. So the sizes are good. Charlie, how could it be otherwise, has a classic British cut in his suits. This means that the suits are never very slim, but comfortable. The shoulder shape is deployed with so-called "roping" with shoulder padding. The pants are generously cut, making it easy for the prince to move. Handy with all those occasions where he has to appear, walk, sit, stand and whatever else.

Funny detail: With Charles you always see a fairly sharp fold on the sleeve. This is because his suits are pressed with some regularity. The sharp fold has its origins (like many other packing traditions and elements) with the armed forces.

Owning an old Aston Martin, stylish. Have it converted so that it runs on bioethanol, more stylishly. This way stand on a photo with that car, stylish. Charles has a swagger. Or, if you can and may say that about a future king, big dick energy. And everyone may know.

The crown prince teaches us that clothing works best when you keep it simple. This way you can combine with almost anything. He also shows that the classics are not classics for nothing. Find old photos of your grandfathers and see which style elements appeal to you. Introduce those elements into your own wardrobe. Sustainability can also be quite stylish. That it is in the form of an old Aston Martin may also help.