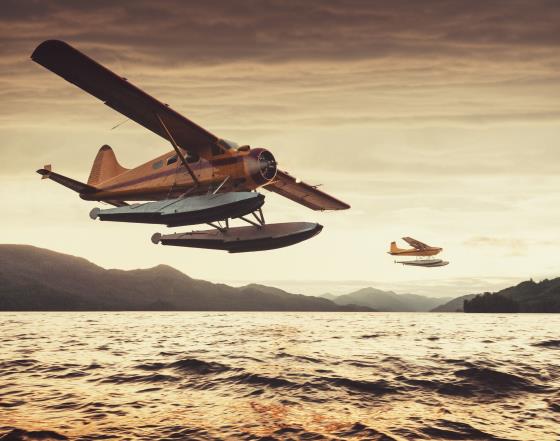 © Lonely Planet The world's first commercial flight with an electric plane is a fact.

There is a lot of criticism of air travel nowadays due to CO2 emissions. Now there is promising news for travelers who like to use the aircraft as a means of transport. The world's first commercial flight with an electric aircraft has taken place successfully in Canada.

The flight was planned and coordinated by Harbor Air, the largest seaplane company in North America, and the first that was completely CO2 neutral. The company has entered into a partnership with magniX, an electric aviation company. The flight of the six-person DHC-2 de Havilland Beaver took place on the Fraser River at Harbor Air Seaplanes terminal in Richmond. The aircraft was controlled by CEO and founder, Greg McDougall. "Today we have written history," said McDougall.

The aircraft is powered by a 560kW magni500 propulsion system, which is a system with a high power density that provides a clean and efficient way to power aircraft The companies involved say that this historic flight is the beginning of a third era in aviation: the electric era, and they are very satisfied with the successful flight since to become the world's first fully electric commercial fleet, and companies will now begin the propulsion system certification and approval process and aircraft adaptations with MagniX's full electric propulsion technology.

"In December 1930, the Wright brothers launched a new era of transportation - the aviation age - with the first flight of a powered aircraft, "says Roei Ganzarski, CEO of magniX. "The transport sector and in particular the aviation segment, which has been stationary for the most part since the end of 1930, is ready for change. With these developments we prove that cheap, environmentally friendly commercial electric air travel can become a reality in the very near future. "

More information can be found on the Harbor Air's website.