The youngest child is the favorite, according to research 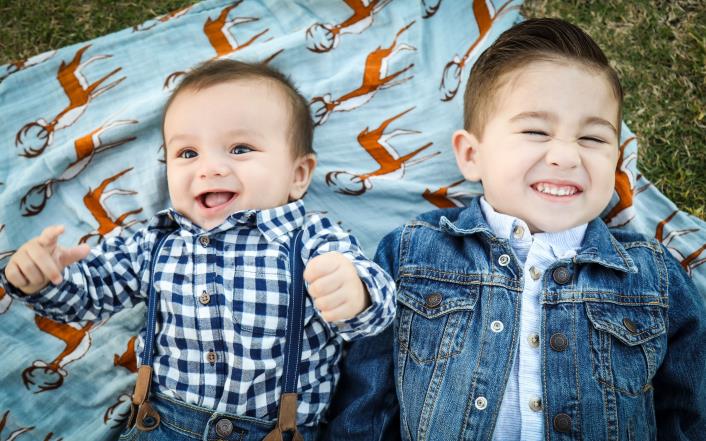 If you grew up with brothers and sisters, you probably already noticed. But now you have official evidence if the Benjamin keeps denying it over and over again. The youngest child is officially the favorite, according to research by e-kortingscode.nl.

1,500 respondents were asked the seemingly impossible question which child is their favorite. If you asked the parents the question right away, they would probably claim that there is no darling. But if they are asked the question anonymously, they appear to have an answer.

The darling of half the parents

No less than 50 percent of the parents indicated that the youngest member of the family is the favorite. The oldest child received only a quarter of the votes. You can therefore do nothing about not being appreciated as a family senior. The statistics are completely at your disadvantage. The middle children are not mentioned, they are apparently not recognized in this study.

Parents indicate that their choice is mainly due to the fact that they have less concern for the youngest family member. He or she can learn from the success and failure of the brothers or sisters. With that piece of life experience they can get through their youth just that little bit easier. Because they grow up with an attitude that they get everything done because they are the favorite.

The opposite applies to grandparents

However, oldest brothers or sisters do not have to feel completely excluded. . Grandparents were asked the same question. In addition, 42 percent was the biggest fan of the oldest offspring. This is the child that they were the first grandparents to make, and because of that indelible memory, the oldest children are favorite.

So, do you feel disadvantaged as the oldest descendant of the family? Pay a visit to grandparents. Then they are happy again and so are you. And otherwise you can still hold on to the idea that your brother or sister is more stupid than you.