There is a breath of fresh air 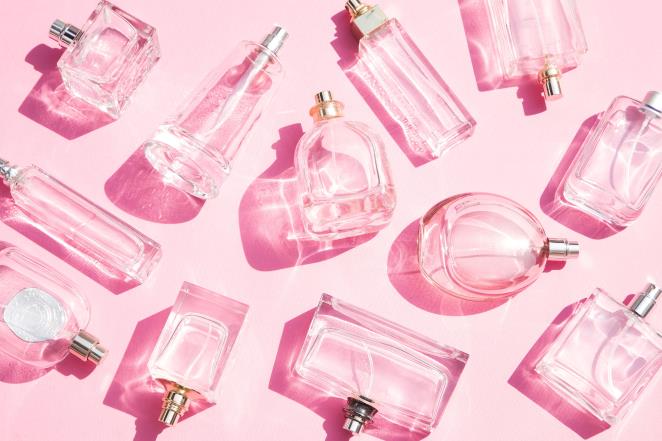 © Editors Happy in Shape There's a breath of fresh air

Pheromones - the smell of temptation or complete nonsense? And is that Ax effect an invent or can you really pack your crush with the right dose of (body) odor? Happy in Shape dived into the fragrant world of pheromones.

What is the first thing that comes to mind when you hear the term "pheromones" fall? Probably something like the Ax effect, in which ferocious attraction between two people is created by the almost animal-attractive scent of one of them. Many people associate those mysterious pheromones with a mysterious fragrance in our body, one that ensures that at the slightest touch of it we suddenly become very attractive to someone else. A kind of instant love magic potion, made by Mother Nature. But where does that scent actually go when you come across that incredible piece in the gym and flirting back and forth with nothing seems to do anything? As is often the case with things that seem too good to be true, pheromones are probably not the quickfix you might have hoped for.

First a lightning fast history lesson. Exactly sixty years ago the very first pheromone was discovered by a team of researchers led by the German Nobel Prize winner and chemist Adolf Butenandt. With the help of (half a million!) Silk moths, Butenandt and his team wanted to prove that pheromones did indeed exist. He noted that male moths started fluttering excitedly in response to the scent of adult females. To prove this, he synthesized this specific molecule and tried out the artificial variant on males, who became at least as hot as the natural variant. And although the ancient Greeks already noted in their writings that dogs could get excited by the smell of another dog, Butenandt was the first to come up with scientific evidence.

"Whether human pheromones exist has not been proven yet"

Pheromones are nothing less than chemical signals with which members of the same species communicate. And that is not just about reproduction: insects sound the alarm or point their peers at a food source. Most pheromones are detected by the olfactory organ. But beware, not all scents are necessarily pheromones. Pheromones are largely used in animals for the purpose of reproduction. For people that is a bit unclear. We all have a unique odor or chemical profile - a cloud of molecules that allows dogs to immediately know who their owners are and allows babies to recognize their mothers. The fragrances androstadienone (AND) and estrate tetraenol (EST) are perhaps closest to what we call human pheromones. If you find the smell of the T-shirt that your friend has worn during sports always smell so good, then it is probably due to the fragrance AND. This substance gives a certain odor to the perspiration of men. EST is a substance found in the urine of pregnant women.

With a grain of salt

In 2017, the University of Western Australia tried to determine once and for all whether human pheromones were at all. to exist. For a long time it was blindly assumed that AND and EST are the human variant of pheromones. The Australian researchers put the test to the test by subjecting a group of white straight men consisting of 43 men and 51 women to these two substances. Both the researchers and the test participants were not aware of the fact that they were exposed to AND and EST during the study. The participants had to perform two computer tasks for two consecutive days. One day they were exposed to a control odor, the other day to AND or EST. During the first task, participants had to assign a gender to gender-neutral faces. Exposure to AND and EST appeared to have no influence on this. During the second task, participants assessed photos of faces of the opposite sex for attractiveness and whether the person in the image would be a loyal or unfaithful partner. There too, AND and EST had no influence on the results at all. The researchers concluded that more research was needed on the subject and that we might have to take the myth around human pheromones with a grain of salt.

HITCHED BY DEO - For those just too young is to have experienced the campaigns: the Ax effect came into being at the end of the last century. Deodorant brand Ax broadcasted commercials in which women rushed into axes sprayed on with Ax sprayed with Ax. The campaigns, which are often reasonably sexist, have held out internationally for decades and there were the necessary copycats. In recent years, Unilever, the parent company behind Ax, has taken a different approach. Nowadays, their deodorant campaigns revolve around #Moto-friendly messages such as self-confidence and individualism, rather than bikini baskets that pull down the shower curtain on even the most unattractive dudes.

Yet there are also researchers who with other results. Tristram Wyatt is a zoologist and researcher at Oxford University. During his TED talk last year in Leuven, Belgium, he argued for the true recognition of human pheromones. According to Wyatt, human pheromones certainly exist, but it is because of our culture and upbringing, among other things, that we think these substances do not exist. That's right: we learn from our parents and also from people in our environment that certain smells are "dirty". In addition, smell is something very individual. The sense of smell is an enormously complex sense in which, among other things, nerves from the brain and receptors play a role in our nose. "Every person has about four hundred different types of receptors," explains Wyatt. "The brain knows what you smell because of the combination of the receptors and the nerve cells that they activate and send messages to the brain in a certain combination. It is even more complicated because there are different variants of each of those four hundred receptors. Depending on your variant, you can smell coriander as something delicious and tasty or as something soap-like. "The problem is," says Wyatt, in the fact that the history of scientific studies has never seen the thousands of molecules and countless odors that our bodies have been systematically examined. No one can say for sure that there is no pheromone among all those odors. People have been spared such intensive research as Butenandt did on silk moths. Since all mammals release pheromones, it seems stiff to him that they are missing in humans. The only thing missing is thorough research, he believes.

Whether or not pheromones exist in people is not a matter of commerce. Because if you look online, you can buy all kinds of pheromone wonder drugs with which you should beat the opposite sex of yours. These are - surprise surprise - lubricants or massage oils. But also eau de toilettes and perfumes with added, synthetic pheromones. There are even pheromone-containing products such as hair products that would mask your natural pheromones less, or provide a subtle touch of the synthetic variant. Do you think it's worth experimenting and don't have a theme for your upcoming birthday party? About ten years ago, pheromone parties became a hype in countries such as America and England. For this you were supposed to bring a T-shirt during a party that you had worn for at least a few days. Partygoers could smell the different shirts and determine who a match was based on the scent. Are all those liters of pheromones still not bringing you and your crush closer together? Then there is nothing left to do but flirt. Just the old-fashioned work: sultry looks, tempting apps or DMs and a dose of healthy guts. With nothing but the wonderful, natural fragrance palette that you carry with you.