There is a new low budget bus company in Europe 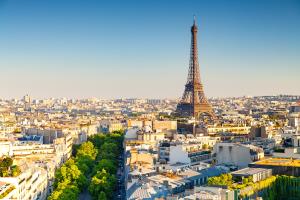 Since this summer, there is a new way to travel between most major cities in Europe. This is an ideal way of traveling, especially for road trippers with a small budget, because BlaBlaBus bus tickets are extremely cheap.

Does the name look familiar? That's possible, because BlaBlaBus is a new part of the carpool service BlaBlaCar. After twelve successful years, the company has decided to expand their service with budget bus tickets. They took over the company OuiBus and will continue under the name BlaBlabus.

The coral red buses already run through the big cities in Germany, France, Italy and a number of other cities , including Amsterdam and Brussels, but also cities in Portugal, Luxembourg, Switzerland and even the United Kingdom.

You already buy a return ticket from Amsterdam to Paris for € 30 and for a bus return to London you pay from € 46. For more information, visit the website.