These are the 10 most beautiful villages of Andalusia 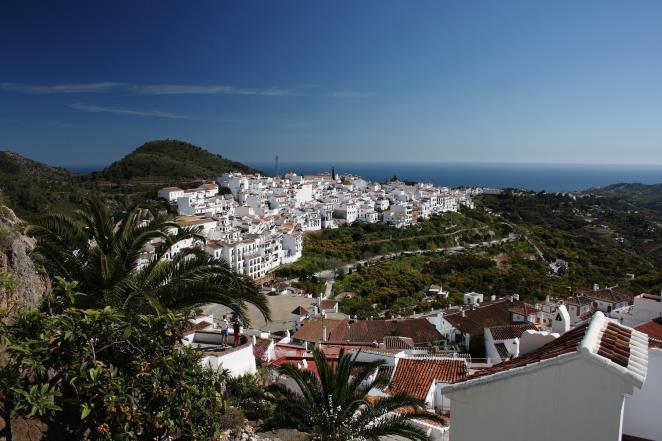 The white village of Frigiliana is a stone's throw from the seaside town of Nerja. This gem is one of the best preserved Moorish villages in Andalusia: a must visit during your holiday on the Costa del Sol. At an altitude of about 400 meters you can stroll through a jumble of picturesque winding streets with whitewashed houses and brightly colored flowers. 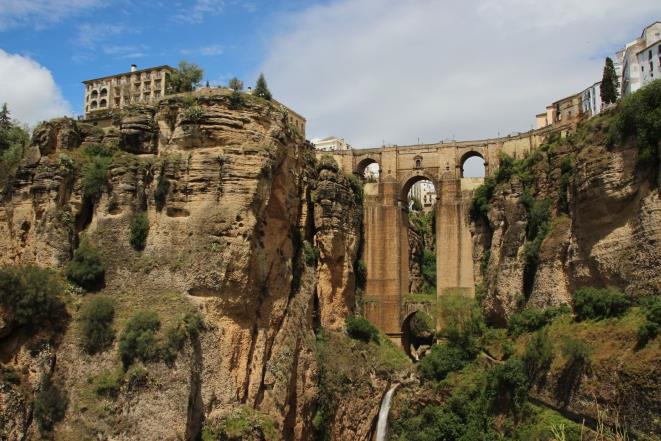 Ronda is a place in the heart of Andalusia that you absolutely must see. The enchanting town is split in two by the Tajo gorge. The iconic Puente Nuevo runs across the gorge: the most photographed spot in Ronda. From the ancient bridge, consisting of three arches, you can enjoy a magical view of the canyon and the beautiful landscape. Ronda is a great base to discover Andalusia. Sleep well at Hotel Catalonia Reina Vistoria Wellness & Spa. According to reviewer Ben a must: 'A fantastic hotel with a great location. Nice room with balcony and view over the valley. ' 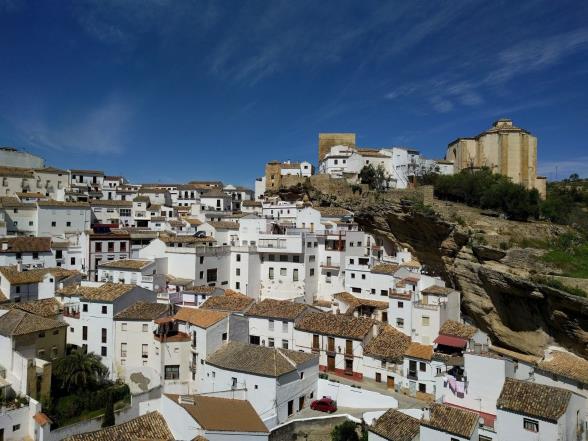 Drive about 15 kilometers from Ronda to the north, because there lies Setenil de las Bodegas. Not to be missed during your road trip through Andalusia. This unique village in the interior of Cádiz is famous for its special rock dwellings. The village is sheltered under an enormous rock that determines the spectacular street scene.

Vejer de la Frontera is proudly situated on top of a hill in the province of Cádiz. From a height of around 200 meters, the views from this snow-white village are amazing. Just like the town itself! Wander through a maze of narrow lanes through photogenic vistas and charming bars. Then settle down on a terrace on the picturesque Plaza de España square and enjoy the authentic Andalusian atmosphere. 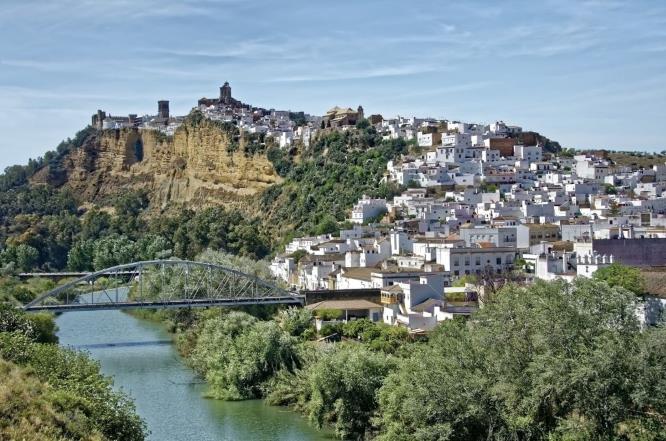 Arcos de la Frontera is situated in the mountains of Cádiz, to be precise on a high cliff. The view from the old center on the surrounding landscape is therefore spectacular! But that is not the only reason for visiting Arcos de la Frontera. The town itself is of unparalleled beauty. Between the medieval city walls is a treasure trove of cultural heritage full of Moorish influences. 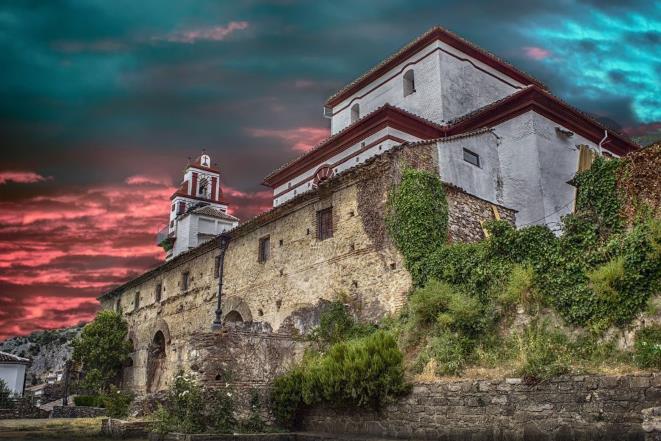 In the beautiful nature reserve Sierre de Grazalema you stumble across the white villages. The most central and famous village in the nature reserve is Grazalema. Not only a great base to explore the area, but also a wonderful place to get lost. The whitewashed houses contrast beautifully with the rugged, green nature in the area. On the central square Plaza de España you can relax on a terrace.

A little further inland in the Sierre de Grazalema nature reserve lies Zahara de la Sierra. The breathtaking drive to this remote village leads along deep abysses. Just pinching your buttocks, but then you also have something. This pearl towers high above a turquoise lake: as if you are looking at a postcard. Put your fear of heights aside, because the view from the watchtower of the 13th century castle is magical! 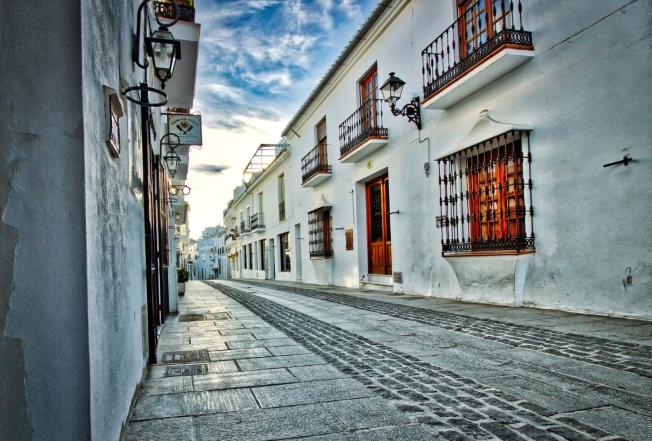 A visit to Mijas Pueblo is a popular day trip with holidaymakers on the Costa del Sol. Yet, despite the tourists, this village has managed to retain its charm. White houses with colorful frames are plentiful, criss-cross built against a hill. You can wander through the steep streets of Mijas Pueblo, where cheerfully colored geraniums adorn the streets. Don't forget your camera! 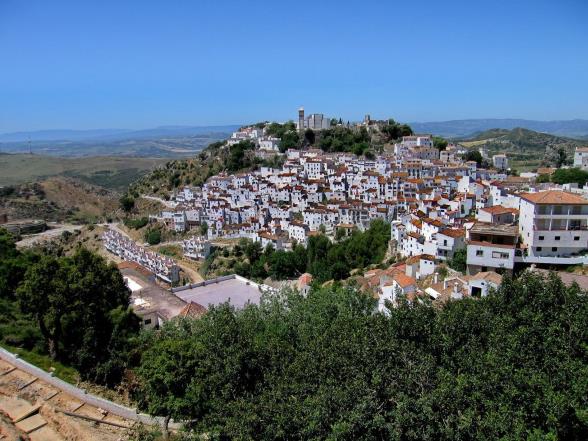 Another white gem near the Costa del Sol: the beautiful Casares. Birthplace of Blas Infante, the initiator of the autonomy of Andalusia and the creator of the national anthem and the flag. Casares is a historical heritage where even prehistoric remains have been found, such as the Ferrete caves. On top of the hill you will find the remains of a Moorish castle.

Last but not least: Cortegana. This white village in the province of Huelva may not be on the route for many, but still deserves a place in this list. A striking appearance through the imposing castle, on top of a hill. The view from the medieval castle on the white houses and the Sierra de Aracena nature reserve is phenomenal!