This is how you talk to your child about sex 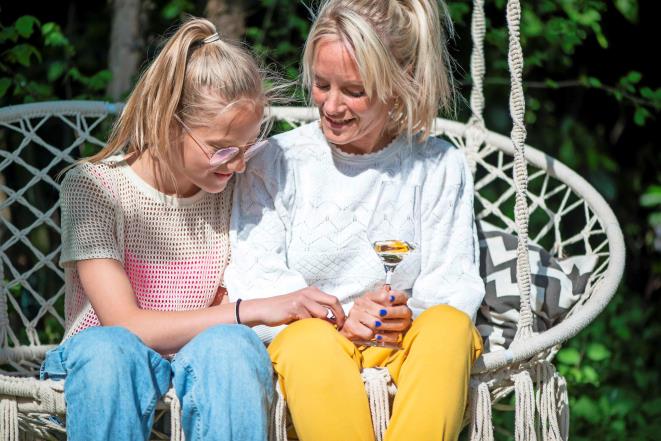 High school students want a refresher course on sex. At primary school they learned the basics of reproduction, but later they want more information about the fun aspects. This is the conclusion of a study that Rutgers conducted among three hundred students. According to them, the lessons "sexual education" are only cowards. They give a mark of 5.8 for it. What role can parents play in this?

Naomi Dessaur is an expert in discussing sexuality with children, she lacks the role of parents in this matter, who she believes would have primary responsibility in this. "Is sex and sexuality no longer discussed as a theme at home? What do you do to educate your child about unwanted pregnancies, STDs, but also about the fun aspects of sex? As a parent, can you look at yourself in the mirror and say, "I did everything to it?" If your child is confronted with sexting or cross-border behavior? "

" It is the Week of Educating and when we talk about parenting, we talk about what we give to children in a pedagogical way. Talking about sexual education with all its consequences is often missing.

"Many parents find it difficult to put sexuality and intimacy on the agenda, but research shows that as children from an early age they are later informed that they also feel more room to ask questions. And that if they are in charge of their own body, they can better recognize boundaries and know better when those boundaries are exceeded. "

Naomi Dessaur gives tips that make it easier for parents to discuss sexuality at home . The tips in this article are primarily aimed at students: "People with little ones think for a long time" it will come ". But in my view you can't start it early enough. Also indicate that if they are curious they can always come to you. As you grow up in that science, the threshold during puberty is less high. "

" My second tip would be to have the conversation casually. In the car, during the dishes or on the couch. An adolescent does not always like being looked at during such a conversation. So don't sit down in front of it. "

" Use brackets from everyday life. Something that you read in the newspaper or see on television offers a good starting point for a conversation. Ask if your child knows someone who was sometimes sent a nude photo as a result of a sexting message. Ask how the child would handle it if it concerned a photo of him / her. Tell them you hope they will tell you if it happens. That you can then think along. You can, as it were, already make a plan, then the child will know that it can always come to you if it really happens. "

" Tell your child anyway that he can always go to you. Or name the name of someone the child can go to if there is something. Say that you have shown your child to cross safely, that you have learned to eat his / her sandwich and do the dishes and that you also like to tell him / her about the (less) fun sides of sex. About safe sex and what to do if something happens that you don't like. Sex can be a nice relaxed way, but it also brings responsibilities with it. For example, permission from all parties and knowledge about safe sex and STDs. "

" Even if children don't want to talk to you, you can still give the message why you think it's important to have those conversations. Say that there are books in the cupboard that the child can see. Or that you find it important that they have safe sex and that there are condoms in the cupboard. Discuss it as a normal subject. Say: "I know you don't want to talk to me about it, but I know you can find me if you need it." Children often look for information on the internet, but that is not always reliable and realistic. You can also talk about that. You would prefer to be ahead by educating the child yourself. "

" It's not just about sex, but also about relationships. It's about how young people make their limits known, how you respect the limits of others, what intimacy is, whether you know your body ... Sex education is more than flowers and bees. It is also media literacy. For example, what your child does on Snapchat. Do you also delve into that, talk about it and ask how it works. If you are involved, you ensure that your child comes to you if there are problems. "