This is why doing nothing is good for you 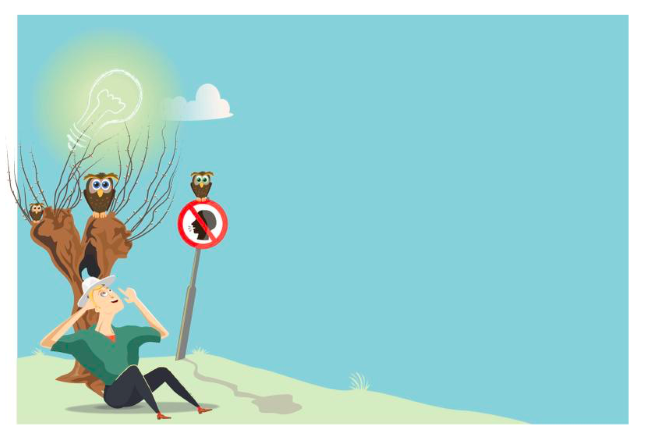 I normally travel by train for two hours every day for work. When people ask if I don't like that for a long time, I always say that you can do enough in those 120 minutes: what work, read a book or newspaper, listen to music ... But what if my laptop battery is empty or if I forgot my book? Isn't such a journey suddenly a torment?

According to French neuroscientist Michel Le Van Quyen, we are addicted to doing things. In his book What does silence to your brain do he talks about an experiment from 2014 in which men and women were asked to sit in an empty room for 15 minutes. They only received a machine that gives small electric shocks. After a few minutes, most people started to self-administer jerks. "You can conclude that people would rather hurt themselves than be bored."

According to the author, we feel good when we are busy. This has to do with the desire to be productive and afraid to miss something. "We think we are free to act or not to act, but in reality we are addicted to 'doing'."

"Just sit in an armchair or on a comfortable sofa, close eyes and try to sit still for more than five minutes and not think about anything. You will be surprised that such a moment of rest quickly becomes unpleasant. After about twenty to thirty seconds, you might even start to feel very uncomfortable. ”

According to the neuroscientist, the trick is to sink completely into your thoughts. “We do a thousand things at the same time, so we are always encouraged to do too much at too high a pace. Small children spontaneously surrender to what they experience and feel during play; they invent their own world and are completely absorbed in their dreams. ”

“ But in this modern world they are soon overwhelmed with sounds and stimuli. On average, the duration of continuous concentration among young people working on a computer has decreased from three minutes in 2004 to one minute and 15 seconds in 2012. Now it is only 45 seconds. ”

Every bit of noise makes according to the neuroscientist, it is a kind of stress. Even the sounds that are present during your sleep. That is why it is important to look for total silence a few times a week. Le Van Quyen recommends going out into nature. "One or two days in the forest or on the heath and you can fully recharge for a week in the city."

Silence, doing nothing, daydreaming and musing, he says, not only creates creativity, but it also trains your concentration and memory. "It is important not to want to be a perfectionist. You need to take qualitative breaks to let your thoughts run wild. Occasionally be alone for a while. Take ten minutes for yourself after your lunch break with colleagues. Sit outside on a bench or walk around the building. As long as you are not doing anything concrete. ”

You don't have to go into the forest; also by confronting yourself with a few minutes of silence a day, things change in your brain. According to the neuroscientist, those few minutes are already paying off.

Even when you're on the train, you can experience that silence, says Le Van Quyen. But that is easy to say; everywhere people are talking to each other or on the phone. and there is not always room in a silent coupe. Yet the author says that you can also find your "inner silence" in busy situations.

Le Van Quyen provides two ways to find silence in a busy environment. “First you need to be aware of your body and focus your full attention on it. For example, start by listing all of your limbs, from head to toe, and really think about those parts of the body with your thoughts. ”

“ A second way is to focus on your environment, with all the sounds and smells. Try to distinguish and name them. ”

“ Silence is also important when you have contact with someone, ”Le Van Quyen continues. "To be attentive and open, you have to be able to be quiet and listen carefully to what the other person is saying. That is also a form of inner peace and, moreover, very productive. ”

“ The bottom line is that we need to take these moments of rest for ourselves to be productive. Our brain is entitled to an occasional break. ”

Sit still for two minutes and do nothing? Sounds easy, but many people still struggle with it. You can test your patience on the website donothingfor2minutes.com. You watch and listen to the washing waves. When you touch your mouse or keyboard, the counter jumps back to zero. The idea is that you do nothing, so do not look at your phone or rotate on your chair and thus completely relax.