This is why women fall for tall men 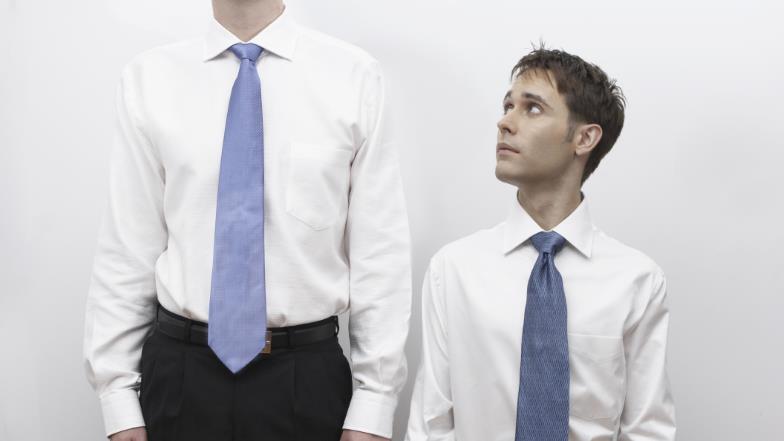 To our little fellow man: Sorry for this message, but unfortunately it has been proven. Women fall for tall men. And there are a number of reasons for that. Fortunately we can hide behind the evolution, because that preference is deeply rooted in our DNA. In short, women cannot help it. They prefer a man who is an inch or 10 to 20 taller than themselves. Men, on the other hand, go for someone who is an inch or eight smaller. And only 4% of women want a man who is smaller than them. Again: Sorry for this post.

Tall men have a lot to gain in terms of reproductive benefits, hence the unconscious preference. For example, they generally have better health and are stronger, according to research. Of the more than 165,000 men studied, the above-average men scored significantly better on their health (BMI, number of illnesses, muscle strength, etc.) than the vertically disadvantaged man.

From prehistoric times it is for a woman so it is wiser to reproduce with such a man, because then the chances that the children will survive are much greater. A little man will probably protect you better. But contemporary aspects also play a role in the preference for a tall man.

The tall man also performs better in terms of jobs and salary. On average, a person over 1.80 meters in his career earns about one and a half tons more than his shorter colleague. A few percent salary is added per centimeter longer. Tall men are also asked earlier for high positions within a company. Directors are generally a few centimeters longer than their employees. At the next job interview, borrow the shoes from Mick Jagger. You can easily save a few hundred euros a month.

Even the training does not escape

And yes, the tall man is also better educated. And even within families, those differences can be seen. A Swedish study found that men above 1.90 meters have a three times greater chance of receiving a high education. According to some scientists, this finding contains a correlation with the higher salaries. A higher education also means a better salary in general. Not so strange.

And of course there are exceptions. There are also a lot of tall men around who are too stupid to defecate and a lot of little men with a huge job. But the investigations speak for themselves. If you feel you have been shortened, for a small price you will be raised to a higher level. Too bland? We also do not want to reduce ourselves to a mud-throwing competition. We prefer to go the longest.