Vegans attention: these are the 5 best vegan cities in the world 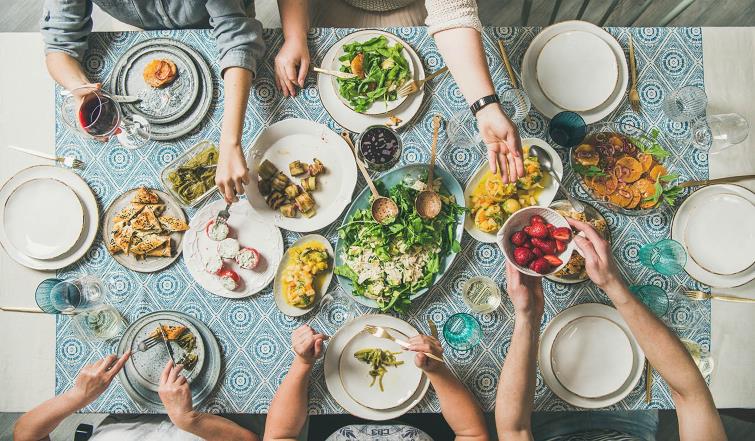 © copyright Columbus Travel 2020 Columbus It is not always easy to be vegan when traveling. Not everywhere can you eat delicious vegetable food outside the door, but in these 5 cities the choice is huge.

The Canadian city is a true pioneer in the field of vegetarian and vegan food. Since 1984 the Toronto Veg Food Fest has been organized in Toronto, which has become one of the largest vegan events ever in North America. Vegetable food has since taken a big leap. The number of eateries increases every week, from small-scale start-ups to the emergence of large chains. One of the leading vegan businesses is Fresh, with 6 locations in Toronto and an extension to Los Angeles. Other fine places are Apiecalypse Now for the best pizzas, Copper Branch for vegan fast food and Mythology Diner for the more refined cuisine.

4. Legion of choice in Los Angeles

In the city of dreams, it is full of hip vegan shops. Within a radius of 12 square kilometers, there are nine fully vegan and another 190 vegetarian and vegan friendly restaurants in this vegan Mecca. The kitchens in Los Angeles go way beyond just local or fast food dishes. There are 19 Thai restaurants (tip: Arraya’s Place), two Ethiopian restaurants, a Japanese, Vietnamese, Cuban and even a vegan cheese restaurant: Vromage. For many vegans, refined international cuisine often remained unreachable, but in Los Angeles you can do it all.

Berlin is a bustling city and full of vegan restaurants. No fewer than 62 restaurants are completely vegan, on a further 397 menus at least a portion is vegan. An absolute must is AtayaCaffe, according to the visitors of the online restaurant guide Happy Cow the best restaurant in the city. And Berlin would not be Berlin if it did not take a revolutionary pioneering role: the first vegan doner was developed at Vöner. And when you consider that, you are a real boss ...

In culinary circles, New York is regarded as the world's international food capital. The city is therefore a paradise for vegans. You will find the best of New York in NYC Vegan Food Court, where four vegan restaurants come together under one roof. The large selection of vegan bakeries in New York also scores a lot of points at Happy Cow. A few blocks from the Vegan Food Court is Erin McKenna’s Bakery, where donuts, cakes, cookies, cupcakes and ice cream make the vegan sweet tooth very happy. Sounds like paradise right?

For the second year in a row, London is the food mecca for vegans. The number of restaurants exploded in 2019, unlike other world cities with the largest growth. In 2017, London was the first city to cross the 100-dollar limit on Happy Cow, the counter has now risen further to 125. This development coincides with the increase in the vegan lifestyle in England, where more than 1 percent of the population is tacking.

One of the highlights is the huge Erpingham House. Spread over three floors, this is a daytime lunch bar, evening restaurant and cocktail night bar - all vegan. And it's not just about eating and drinking in London: The Rabbit Hole is the first vegan barber shop in England. All hair products there are made of organic material. In London, veganism is no longer a subculture, but it is developing into an enduring place in everyday life.

Be happy with Happy Cow

The list of the best vegan cities has been compiled by online restaurant guide Happy Cow, which helps you find a vegan place nearby anywhere in the world. Three factors play a role in reaching the top of the vegan cities: the number of plant-based restaurants in the city, in the region, and the vegan friendly impression that a city makes on the local ambassadors of Happy Cow.

Which vegan city do you think is missing from this list?