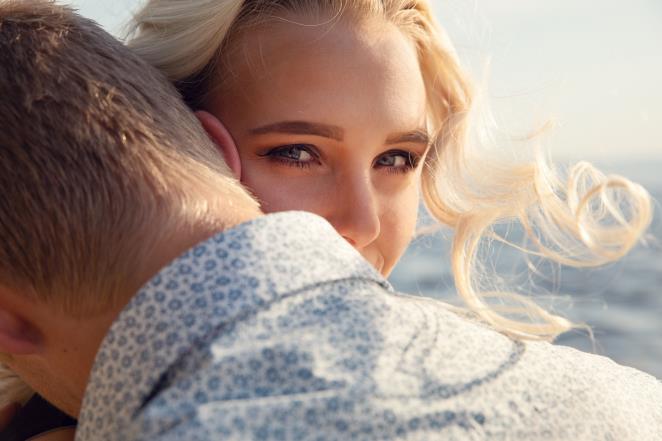 "Brutally, Pieter pushed me against his office door. I felt his erection against my pubic bone and pushed my pelvis forward. How I fantasized about sex with this man, my new client When I fell on my knees in front of him, I saw picture frames on his desk with the cheerful faces of his children ... "

So this was power

"I was fifteen when I first kissed a married man. I often helped the rider with the horses. He sometimes hit me on the ass flirtatiously. I thought he was handsome and secretly in love. When I was alone with him was in the tack room, I kissed him on the mouth. Twenty seconds I tasted it, and then he withdrew. "Let's not do this." But it felt so exciting that we had done something that his wife was not allowed to know that the fire had flared up in me, so this was power, and I had that power in my hands from then on I only fell on men with a relationship. If I could seduce them, I was a winner. Then men thought I was nice enough to cheat on their partner. After a failed decoration attempt by a teacher, I tried it with the fiancé brother of a step buddy. We had sex twice, then the fun was gone for me. What he did with his girlfriend or conscience was his business. "

" I didn't want a relationship. I'd rather have my freedom. I fumbled in love until I met Stefan when I was 25 years old. I coached for the company where he held a high position, and he was very attractive. If I could get it, I was worth it. I have no complexity, feel attractive and confident. But when someone who already has a nice woman goes into my advances, it feels like a triumph. I find the sneaky relationship around such a relationship very stressful. It gives me a kick to be in a meeting with such a man, while there is a dick pic of him in my phone. Of course, affairs sometimes came true. As soon as such a relationship came out, my love was extinguished. The trail of destruction, the arguments that such a man had at home, the crying or even e-mails from his wife: it did nothing to me. His wife had to be with him. "

" It didn't end well between client Pieter and me. His wife saw us enter a hotel together. She had all her suspicions and chased him one day. Pieter turned out to be a notorious cheater. I was the straw for his wife. She applied for the divorce. For the first time I felt remorse about what I had done, but I put the blame on him. He was married and accepted my advances. The change came at Meindert, a doctor I coached. His wife struggled with the PTSD stress disorder since she had seen her brother drown. How she felt betrayed and unsure when she saw us busy in his car. It was the first time that I felt like a bitch. This woman did everything to rebuild her life, to admit Meindert. And he cheated on me because I wanted to know if I could seduce a man with such a handsome woman. The penny really fell when Meindert called me that his wife had attempted suicide. Fortunately, it had failed, and she received help, but she had a hard time. I could pull my hair out. She didn't deserve this. "

" Why did I play with people for my own kick? Pieter was divorced, Meindert's wife also considered it, and several men had had a big marriage crisis because of me. Because of me, this woman who had already experienced so much misery had almost never been there. Within one minute I was kicked out. When I saw a wedding ring I was gone from now on. I have been in a relationship for five months now. I sometimes come across them: the girls who flirt with my boyfriend. Unfortunately I know from experience that hunting is just a game for them. I saw up close how much sadness cheating means for a relationship. That is why I urge my friend to talk if there are frustrations and to flee in strange arms is never a solution. Now that I know what love is and I really am in love, I am terrified that my own relationship will one day be killed by a woman who sees seduction as a game and doesn't care about such a man. I myself was once like that. And I'm still ashamed of that. ”