Wake-up call: "Thanks to Grandpa Huib I was thankful again for what I had" 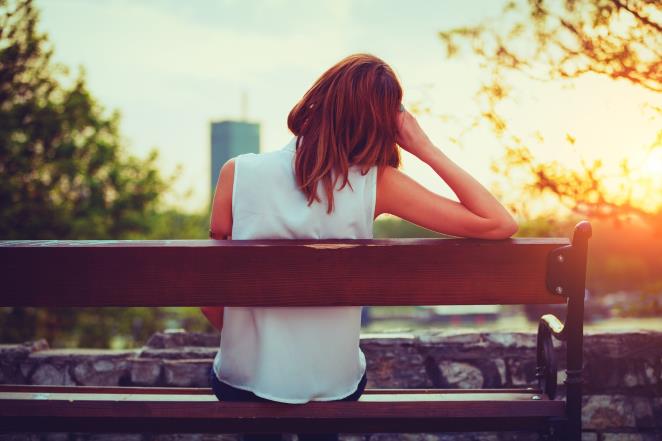 © Grazia Wake-up call: "Thanks to Grandpa Huib I was thankful again for what I had"

"It was the week before Christmas and I walked through the shopping center in a hurry and stiff stress. One more gift for my friend Don't forget to buy something for my mother as a thank you for the food Get cat food In the shop window I saw the grim face of a strange, hard woman and I realized that that was me. I delayed my pass. Then a bus later In front of me, under a vide with a huge skylight, was an old man. I saw him there often. Always alone. No one ever approached him. No one sitting next to him. We made eye contact and suddenly I smiled. to him. No idea why. "

" The expression on his face was so heartwarming that I felt a tickle in my stomach. The man looked so grateful. And what had I given him now? From that day on, I always smiled at him, he waved at me like I was a g the girlfriend was. After about six times I sat down next to him. He almost gave light, I saw that myself. I brought home-filled cakes for Grandfather Huib, because that's what I had to call him. He told about his work at the Dutch Railways. Asked about my relationship, and told about his late wife, who was so great at painting. I thought it was cute. His cheeks had those red leprechauns. He had beaded eyes that always seemed to be smiling and his white beard was made of down. How could I have passed a sweet man like him all those years? "

" I soon helped Grandpa Huib with his groceries. Together it was so nice. He told about his daughter, who lived two hours away. And he showed me the service he had saved with his wife for their wedding. Everything was still whole. He caressed every cup and saucer as if it were a baby. On his ninetieth birthday we drank coffee from that service together. I felt honored. His daughter came that weekend, but she had to take a mug, grandpa joked. The following Christmas he gave me a painting of his deceased wife: a kitschy kitty on a bright pink pillow that was painted in the wrong proportion. "

" It was through these conversations, these pleasant afternoons, and especially the afternoons thought of our bizarre introduction, that I increasingly took back gas from real life. Grandpa Huib was my wake-up call. Too often I walked around like a hurried headless chicken while all the beauty was around me. I didn't have to travel around the world or backpack to discover myself. I saw it as a kind of yoga exercise. A mantra. Whenever I was in a hurry, feeling stress or grumpy, I focused on a bird that was hip somewhere. I looked at the sun. Laughed at two toddlers singing with their mother on their bikes. For the first time in a long time, I felt aware of everything again. Thanks to Grandpa Huib I was thankful again for what I had. And I was much less rushed. "

" Then the e-mail came from his daughter. Grandfather Huib had fallen at night. After a kidney complication, he died in the hospital. It all went quickly and the day before her mail he was cremated. I was in shock. I felt as if I had lost my father. I was frustrated. Why had nobody called me? I had known Grandpa for six years! Was his daughter jealous? Did I get too close? Was she afraid of her legacy? Or had Grandpa Huib barely told her about me and had our friendship been his secret? I thought it was terrible that I had to face such an accomplished fact. I missed Grandpa Huib's bead eyes. Tapping his stick when I played a joke with him. "

" I gained six kilos due to binge eating. Only after half a year of mourning did the grief wear and did I pick up again. And then reminded me what I had planned for Grandpa Huib. Don't live for yourself. Inhale life. A better world starts with you. So cliché, but all so terribly true. I still miss Grandpa Huib. Then I hear him giggle. I think of him when I get coffee in chic cups, or when a train passes by. Then I am grateful that he then laughed back at me, grateful and surprised that he was noticed. I, in turn, am grateful for our friendship and the lessons he has taught me. These days I regularly smile unexpectedly at a stranger. I almost always get a smile back. No reason. Free. And then I get warm inside and think of Grandpa Huib. "