Walking the streets of musical Salamanca 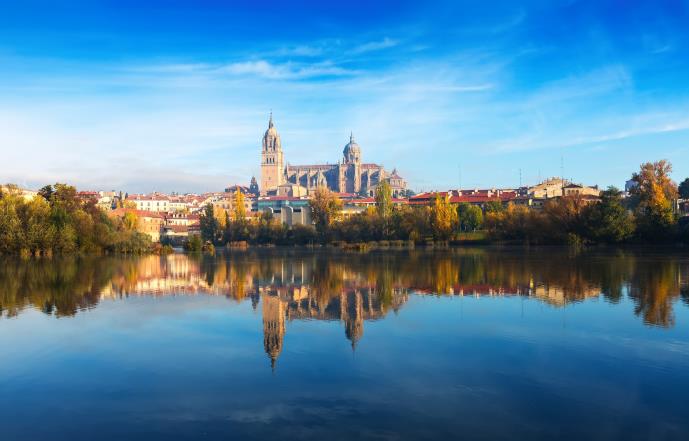 Study sublime architecture and listen to troubadours in the academic Salamanca, the "Oxford of Spain".

Only when the last rays of evening sun leave the sandstone facades of the Plaza Mayor does the most beautiful square in all of Spain come to life. Old couples shuffle through colonnades; children play tag and spill their melting ice creams on the pavement; students enthusiastically tap their laptops in the cafes. The greatest thinkers and bravest adventurers of all Spanish history are stately on the whole, their faces carved into the stone gates: the explorer Columbus, the conquistador Cortés, the writer Cervantes. A few centimeters above their heads, locals lean on cast-iron balconies, expectantly looking out over the square.

Salamanca is home to the oldest and most prestigious university in Spain and therefore has double the luck of both the smartest to be the most beautiful city in the country. Ocher yellow towers rise above the city and cast their long shadows over alleys along which students cycle to their lectures. Centuries-old faculties surrounded squares, shaded thanks to the many cypresses. On their walls are Latin inscriptions (some in bull's blood) of alumni who graduated hundreds of years ago. 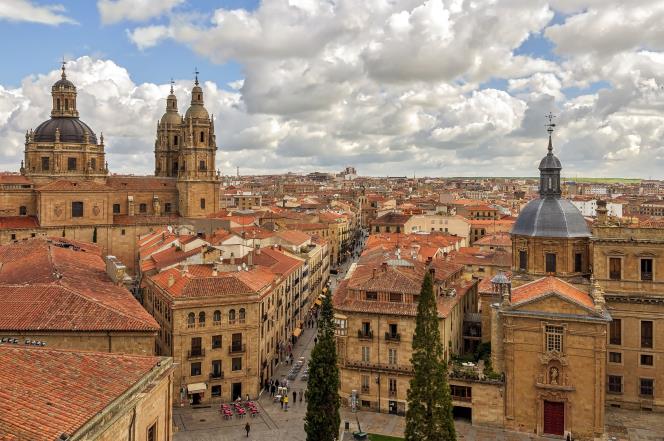 The skyline is dominated by two cathedrals, survivors of the 1755 earthquake that destroyed Lisbon; Broken windows and torn walls can still be seen. To the south of the city, the broad Río Tormes flows slowly under a Roman bridge, towards the Atlantic Ocean.

Admission to the University of Salamanca has never been easy, nor is it paid of tuition fees. Fortunately, a number of insightful students have found a good solution for this last problem. When the clock strikes nine o'clock, two groups of shiny shoes, tight pants and colorful sashes shuffle into the square, armed with all kinds of accordions, double basses, mandolins, guitars and mugs of beer. The entire Plaza Mayor soon fills with the tinkering, clapping, and shouting of the tunas, groups of troubadours that pay their tuition fees with street music. This has been going on since the 13th century and each band belongs to a specific university faculty.

"Doctors always have the best tuna bands," says Fernando Yunta, a student of architecture who plays guitar with surgeons and psychologists. "Some songs are about love or bullfighting, others are about the university. We play for the music, for fun. And also because it's a good way to get to know girls. " 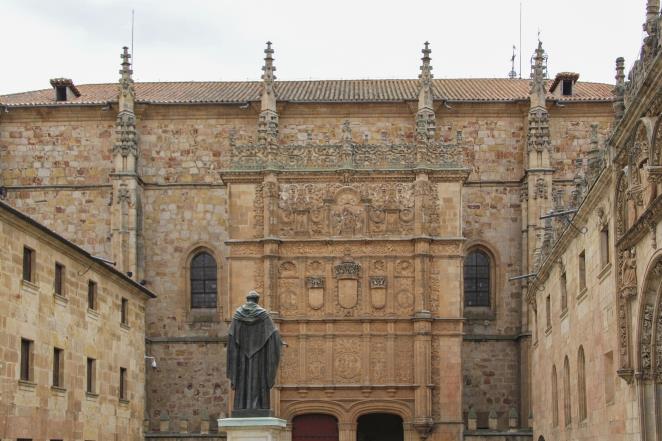 The traditions of Salamanca have survived during the many turbulent chapters of Spanish history. The most famous story of the university is about the poet Luis de León, who was dragged out of a college during the Spanish Inquisition in the 16th century. He spent four years in an isolation cell for heresy. When he was released again, he returned to the same lecture hall with the words: "So, as I said yesterday ..." Another professor, who was banned from Spain during the political unrest of the 1930s, returned to his lecture hall with exactly the same joke.

"You can feel history hanging in the air when you study in Salamanca," says María José Gonzáles. She is currently enrolled in a Masters in Psychology and jumps on her café chair while the tunas re-tune their instruments. "You feel that you are studying in a place where many generations have gone before you. And of course it helps that the whole city looks like a scene from Harry Potter. "