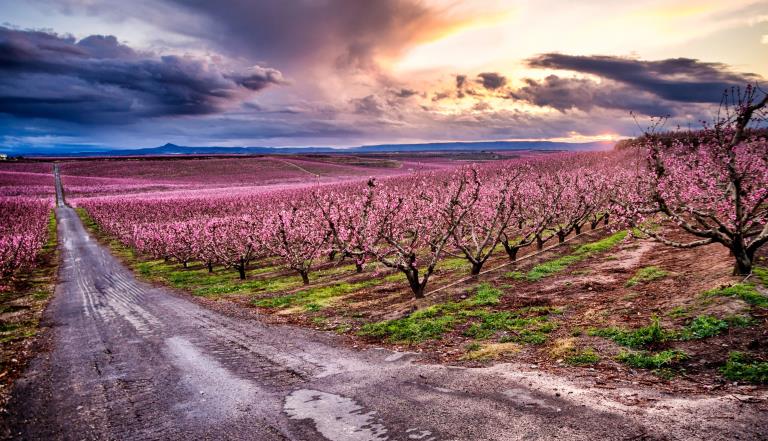 Choose the place that best fits your interests and discover the highlights on one of the four road trips in this article!

Route 1 - The land of geniuses

Cross Catalonia from north to south on this route along places where world-famous geniuses Salvador Dalí, Pau Casals, Antoni Gaudí, Joan Miró and Pablo Picasso their stamped in the form of masterpieces that are still part of the artistic heritage of the country. 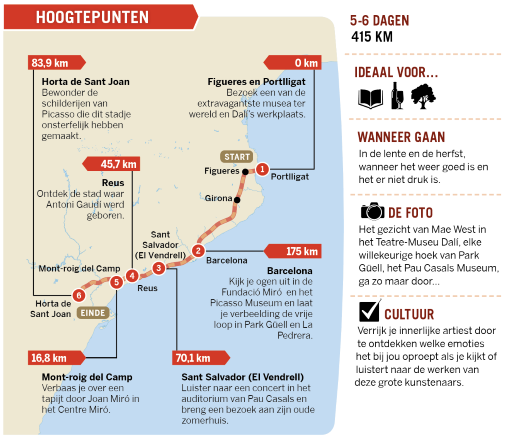 Route 2 - From Montseny to Montserrat

This route crosses the Montseny nature park , covered with forests of beech, pine, cork oak and holm oak, and then leads up to the Montserrat massif, the mountain with the greatest symbolic value of Catalonia 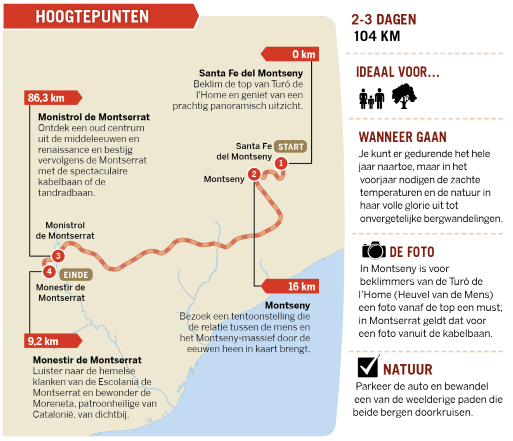 Behind the cork of a bottle of cava, a whole world is hidden, a complex wine culture that reveals itself along this route through Alt Penedès - the cavalry region when projected. 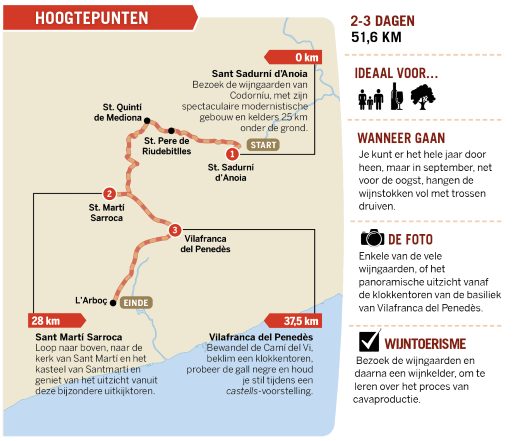 Poblet, Santes Creus and Vallbona de les Monges are the three main points of the well-known Cistercian route, which can be extended to Valls, the castells capital of Catalonia. 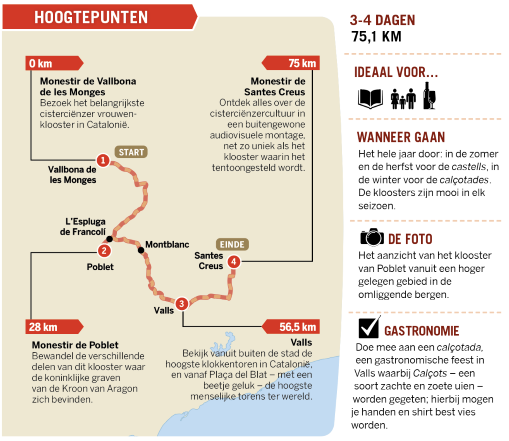 This cosmopolitan city has an almost endless range of architecture, culture, recreation and gastronomy. But many of his treasures are hidden; plan a stay of several days and also discover Barcelona beyond the much visited places such as the Sagrada Família, Park Güell and la Rambla.

Empordà covers almost the entire Costa Brava and stretches from a few miles inland. The area has perhaps the most personality in all of Catalonia, possibly due to the effect of the Tramuntana, a north wind that has shaped the character of its inhabitants and landscape. It is a magical country, with great gastronomic wealth, that has produced unique characters such as Salvador Dalí and Josep Pla.

Catalonia has a spectacular medieval heritage, with castles, city walls and old chapels that appeal to the imagination. History is most tangible in the old monasteries, such as those along the famous Cistercian route. You can also find them in Girona, Sant Pere de Rodes, Sant Feliu de Guíxols, Besalú, Ripoll or Sant Miquel del Fai, to name the most important ones. 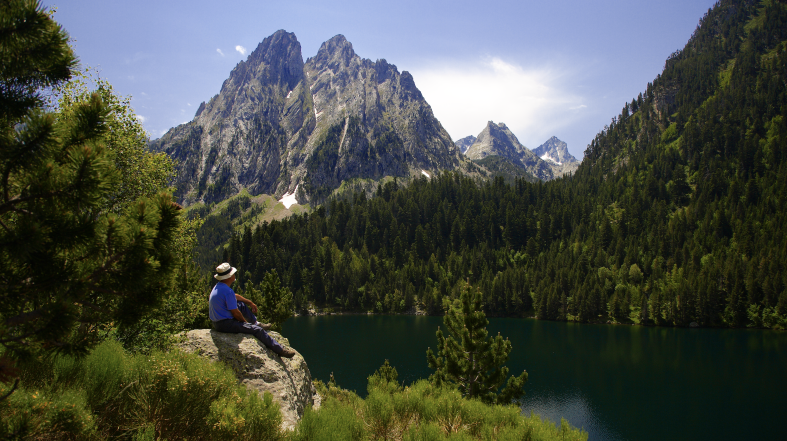 © Offered by Pijper Publishing BV Welcome to Catalonia Pyrenees < p class = "tinymce_p"> In this rugged and proud mountain range, which marks the entire northern border of Catalonia, you will find unique flora and fauna and picturesque villages with slate houses that have retained their centuries-old appearance. Despite the rough terrain, you can reach almost every corner thanks to the Eix Pirinenc (N-260) and small but well-maintained roads - even in the middle of winter when the snow turns everything white. Wine tastings

With 11 designations of origin (DO) of its own wines, Catalonia is known for its oenological richness. Many wine regions, including Priorat, Empordà, Alella, Terra Alta or Penedès, organize tastings of their wines; red wines such as claret, but also white, each with unique characteristics. You will also find delicious sparkling wines in both Penedès and Alt Empordà.

Modernist architecture, with Antoni Gaudí as the main representative, can be found in many Catalan towns and villages . In addition to the famous buildings in Barcelona, ??such as the houses of the “Manzana de la Discordia”, there are modernist wineries in the Priorat and the Penedès, and beautiful mansions in Caldes de Malavella, Olot, Sant Feliu de Guíxols, Alella, Canet de Mar, Reus, Pinell de Brai, Camprodon or Sant Feliu de Codines. 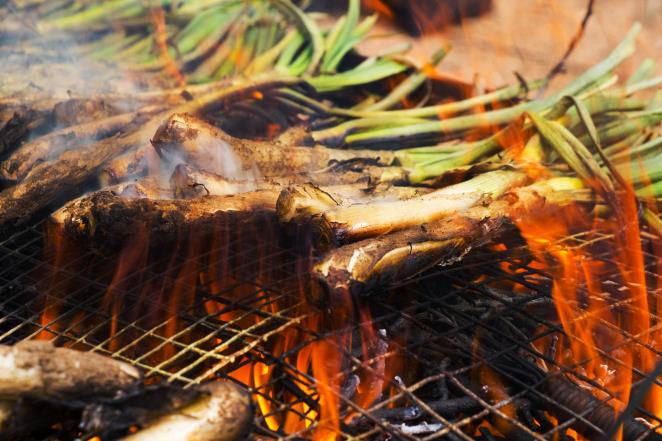 Catalonia has perhaps the largest culinary offer on the Iberian Peninsula. Along the coast, rice dishes and high-quality fish dishes are prepared, in the Pyrenees and the high mountains the traditional stews and hearty soups dominate, and in the interior the cannelloni. With in particular the escalivada, calçots, esqueixada, escudella i carn d'olla, trinxat or suquet de peix - and don't forget the fuet and other sausages such as espetec, bull or secallona.

For lovers of challenging sports, the river Noguera Pallaresa - especially in the stretch between Llavorsí and Sort - is the best place for rafting, hydro speed and other adventure sports. If you like great heights, the village of Àger, just south to the Serra del Montsec, is the ideal base for paragliding and a first tandem flight.

The Montserrat massif forms a unique silhouette of graceful and rounded lines. At its core is the monastery of Montserrat, where the Romanesque statue of the Black Madonna of Montserrat is worshiped, better known as La Moreneta. The statue is the reason that the monastery was built and La Moreneta is the patron saint of Catalonia. Here you can also hear the famous Escolanía de Montserrat, one of the most prestigious boy choirs in Europe.

The broad delta of the mouth of the river Ebro is the largest wetland in Catalonia; to protect the ecological wealth it is now a 7,736 hectare nature park. Cross the narrow roads along the floodplain to discover the unique natural beauty ... and then immediately discover the restaurants specialized in rice and fish that make every lunch a real feast.

In the heart of the Pyrenees of Lleida is Vall de Boí, a closed valley that can only be reached by one road for cars. It seems as if time has stood still here; it is full of the most beautiful Romanesque churches in all of Catalonia, almost all with slender bell towers and decorated with spectacular wall paintings on the inside. Visit them in charismatic villages such as Erill la Vall, Taüll, Boí or Barruera.

Castells are multi-storey human towers declared UNESCO World Cultural Heritage. It has become one of the most important cultural attractions of Catalonia. Although today there are 88 groups of castellers in the country, Valls is one of its most important nerve centers. Attend one of the shows and discover for yourself what a quatre de déu amb folre i manilles is, or which figure the enxaneta is.

Lonely Planet has created this article for Agència Catalana de Turisme. The editorials are from Lonely Planet itself and reflect our policy of editorial independence and impartiality.

Catalonia is your Home, for more information, visit www.isyourhome.catalunya.com