"What a disappointment, even now that I have loads of time, I stay lazy" 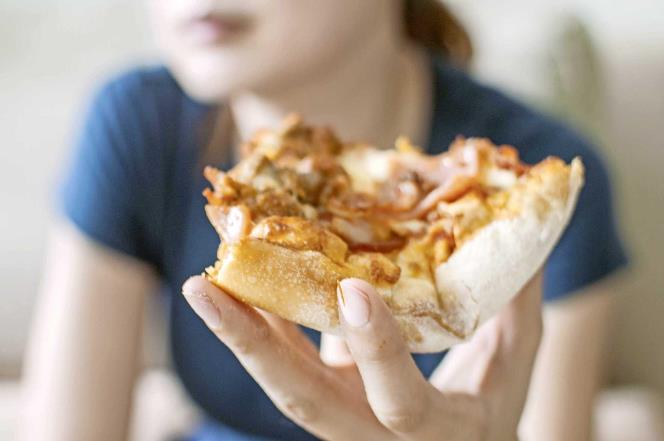 Because of the compulsory inside, many people suddenly have plenty of time. Time that you easily fill in your head with good intentions, but which you then just as easily let go again in practice. And sometimes even converts into something that tends to the opposite. VROUW colleague Mariëlle Vermeer also "caught himself" with a pizza instead of a home-cooked meal.

Fortunately, we can do our work from home. And no travel time means extra time to ... do yoga every morning - if only for fifteen minutes-, make breakfast with the daily recommended amount of fruit, prepare lunch with the same amount of vegetables, 'walk' on the roof terrace and / or exercise for at least half an hour after work.

Running is not possible, but I still have a whole range of cardio workouts with which I can also test my new running pants. Since my watch hangs at 3,000 steps per day, there is also a lot of profit to be made there. And cooking every night should also be successful at the moment. Especially now that I have time. Right?

Well, forget it. Although I did not find the bar that I initially set myself at all high, practice shows otherwise. The opposite just about. That dose of fruit will be taken care of by the hand blender. Get behind the teeth in one go. That lunch? He makes my friend (the benefits of working from home). Also not much to criticize. But I didn't do that yoga that should have happened before. And not even half an hour of exercise.

I said quasi jokingly recently that I think it is quite an achievement to put on my sports clothes. Now you can probably guess at which number my pedometer stays on a daily basis. Self-cooking is quite successful. But I can't deny that I like the surprise element that my freezer has to offer. I like to call that warmed-up find, for the festive effect, "tapas". In addition, all catering initiatives also make it very easy to order food. Enough restaurants that have started delivering to still be able to generate income.

Normally I hide lazy behavior under "I have other priorities". But come on, shouldn't I be able to perform some of the good quarantine intentions? Suddenly I get a flashback from an episode of DWDD University with professor of neuropsychology Erik Scherder. The episode in which he says that your frontal lobe is the lobe of motivation. The lobe that collapses when you sit too much and don't move enough. The part of your brain that you actually have to stimulate every half hour.

So I am going to make another intention: get up and walk every half hour. Even if only ten steps. If I have mastered this intention, I may also be motivated to stick with the remaining ones. I clearly have to get used to the new situation. Everything is different.