"What crime is precisely in becoming a mother?" 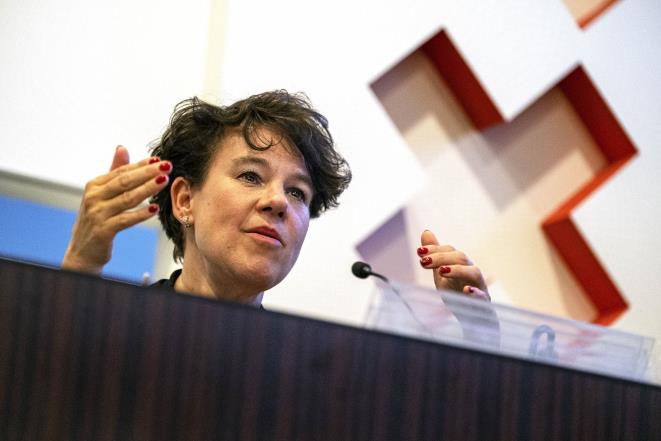 Journalist Hester Zitvast writes about what strikes her in the news. This time about the happy news from politician Sharon Dijksma (48); she is pregnant with a third child. However, not everyone is enthusiastic about that.

"You see, it is possible!", Was the first thing I thought when I read the message that Sharon Dijksma at the age of 48 (unexpectedly) daughter gets. Nature has told me differently in the past year; after two miscarriages, I am almost convinced that I am far too old at age 42 to have babies.

But Sharon gives me hope. Just like the many other women who enthusiastically write about their 'gift' in later life in response to the message. After fifteen years of trying, given up hope, a son at the age of 43. Or: Everything out, children in rooms - again pregnant when you are 46!

Such stories are wonderful, right? Well, of course I already knew that. I interviewed several women who were described as reproductive as fossils, but still walked around with a baby carrier and brand new baby. how surprising - now again stiff with judgments. Kate finds it absurd to do this to your child and Sandy calls it irresponsible. Janny has her reservations and then you have a whole host of respondents who only get the word "old" or "grandma" out of the keyboard.

Yes, it's "old" - it's not 25 in any case. And yes, many women are already grandmothers at that age. But where exactly are the limits indicated? Is that recorded somewhere hard? Nature seems to be fine with these women ...

Could Sandy perhaps explain something more clearly why she finds it irresponsible that a 48-year-old woman still has a child gets? Because you almost die at the age of 48? Hey Sandy; You might as well die when you're 30?

And Kate, you think it's "absurd to do this to a child." Exactly what crime or horror lies in aging mother? A 48-year-old woman generally knows a lot better how the world works than a 25-year-old woman.

A 48-year-old woman usually does her business well order and often a lot more rest in her body. Just as being a young mother has advantages, so is being a older mother.

For 40-plus mothers, there are few uncertainties about something nonsensical like a fat role - to name something. And research shows that the older mother provides more stability for the child.

Of course I sometimes think too; suppose it still works now, at the age of 50 I am still in the school yard of a primary school. And then I have an adolescent in my house around the age of sixty. Do I have to want that?

Would a child want that? You can worry about that for a long time, but you will not get an answer. As long as you have enough love to give, you'll be fine - I guess.

Sharon is happy. Is it too much to ask to be happy for her? What motivates people to shamelessly say, with name and by name, on the internet that they think it is irresponsible?

Yes, all of them have an opinion and express themselves freely and so on, but come on; if you have nothing positive to report on such a message, don't report anything. Make a cup of coffee, feed your parrot or go for a walk with your dog.

But don't give another person a bad feeling. Sharon heartily; enjoy your pregnancy and everything that comes with it. And to other older mothers or older women with a desire for children; just let them fuck you, they don't know any better!