What is the best film genre for a first date? 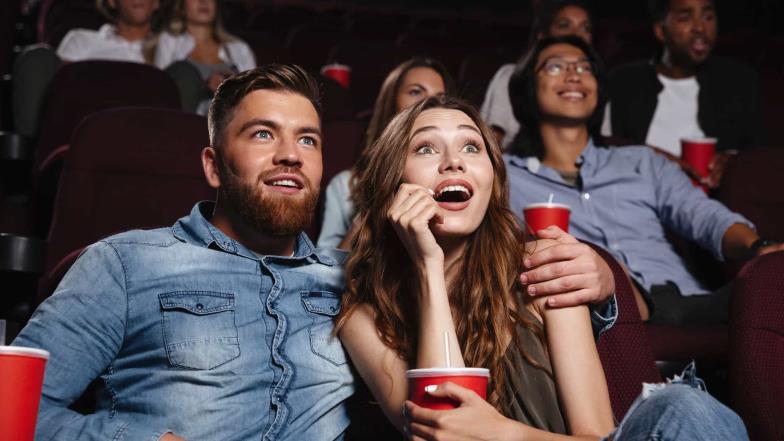 What kind of movie do you choose to go with someone on a first date? You can mess up a lot by choosing the wrong genre, so always remember the following if you have to choose a movie for a successful first date.

A romantic movie or romantic comedy is perhaps the most obvious choice, but it is better to save this type of film until a later date. The problem with many romantic films is that you look at a beautiful love story while you don't know each other at all and have no feelings for each other. It is therefore often uncomfortable to watch a tacky film.

A classic data trick to get close to your date is to go to a horror film, at least, see that you sometimes in series and films. The tension of the film should cause you to crawl into each other's arms for protection. In real life that doesn't happen that fast. It is more likely that the mood is dominated by fear and paranoia, so that you can forget the hugs, kisses or more.

Which films can you see? Comedies are recommended because by laughing together you become less nervous and get to know each other's humor a bit. Very bad films can also be fun for a first date. You can also laugh about these films together, but at the same time you can complain about all the things that are wrong or super cliché together. An exciting "murder mystery" movie is a great choice because you can whisper speculatively about the identity of the murderer, but you shouldn't do that in a full movie theater because you then seem rude.

discuss in advance what kind of film the other person wants to see, because ultimately the choice also depends on your personalities.