"What jogging pants should I wear today?" 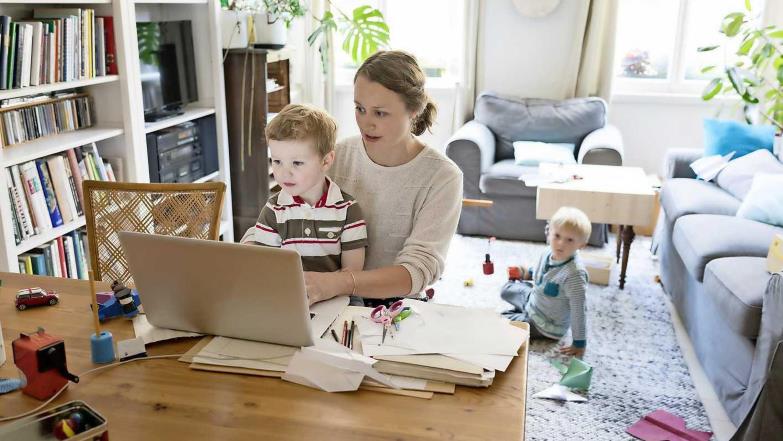 Marjet Winsemius (of BV Family) has also been in the house with her family for three weeks now. Although it can be fun, she is now getting tired of it. In this Readers column she writes off her frustrations.

This morning I seriously woke up asking which jogging pants I would wear today. After careful consideration, my husband said; "Well, you could have made a better choice." And this is only week 3. I'm through it. I am done. It is not possible to do this.

In the beginning it has something nice, a kind of camping-in-your-own-home feeling. You make good agreements about who works where and when, plays a game, enjoys watching a movie together, starts a job list in good spirits ... And two weeks later you just don't leave the tent.

Can I buy fake nails?

That is how I am sitting downstairs in an important telephone conversation, if my husband decides to mix cake batter at the time, because: 'Yes, that suit must also be worn'. During that same conversation, my daughter comes to ask if she can buy those fake nails. My son asks if I know what a "drop shadow" is if I want to do that with him. Don't do this!

And I'm not alone. My friend Anne emails: "I had a conference call. During that one hour my boys interrupted me 55 times. Serious! My colleagues were in a dent. And this was still with the repeat material. The sequel next week, if I can also give instruction on new material. "

Robin appt:" How then? How should I work from home for 40 hours and at the same time explain my daughter (12) a math problem and entertain my son (3), while continuing to explain to my son (6) that he can't wrestle with his boyfriend now? How do you do that? "

Don't do this! Parents are teachers, employees or employers, householders, wardens, entertainers, they also do something about parenting and housekeeping, but they are also ordinary people. Balancing between work and care is normally already a challenge, but if you sit with your whole family on an average of 150 square meters, with home education and homework included without any care ... So I think about all those parents who struggle at home and take my hats off to them. Could we also applaud for ourselves?

Meanwhile, my daughter reports. She has gym class, but of course she is not going to do that. Whether she can stay with a friend? "No you can't stay with your girlfriend." "Why not?" She makes a brave attempt. Fortunately I have my old time favorite, but now with a new look: "Because Mark Rutte says so."