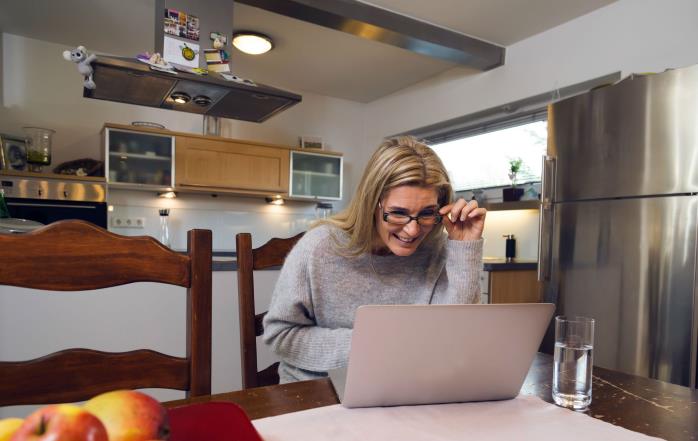 WOMEN editor-in-chief Marieke was very busy this weekend: 'clearing out' her son's room 'because he was really out of the house'. New destination: study room.

It's a thing of fresh empty nest-mothers, witness the discussions on the internet: when do you 'dismantle' your child's room? Or leave the room as it is, so that when the child comes home he / she can sleep in his / her room.

In the old bed, with the familiar posters on the wall. You never know how it goes ... and with the housing shortage of today. Children also sometimes like to spend another night in the parental home; nice and familiar in their own room.

It seems to me that it mainly depends on the space you have. Is there a younger child who would like to have a larger room and can the litterroom's room still have a nice round with a fresh coat of paint? Then it is a simple sum. Also handy: a spare room. Or a study for the parent in question.

WOMAN colleague Marijke has been used to an 'empty house' for some time: "My son (25) is already like that He left the house for four years, but his room still looks exactly like when he closed the door here to stand on his own two feet, because the bed and desk he had at home did not fit in the student room he had

A year and a half ago, there was a chance that he might have to go back home, because his lease contract expired and he could not find another place to live, and it was good that his home was still intact.

But in the meantime he is already at his third place to live and his room has become a kind of memory lane museum, where I occasionally think back to the time he was here between his things and posters. had pubercave.

But maybe it is time that I also go and clean up some 'debris', and then the old room of mine. My daughter, who has now also been away for a year under the parental wings. But I don't need the space and I secretly cherish those rooms; they are memories of a good time and who knows, they might come in handy. "