Which European countries will open for tourism this summer? 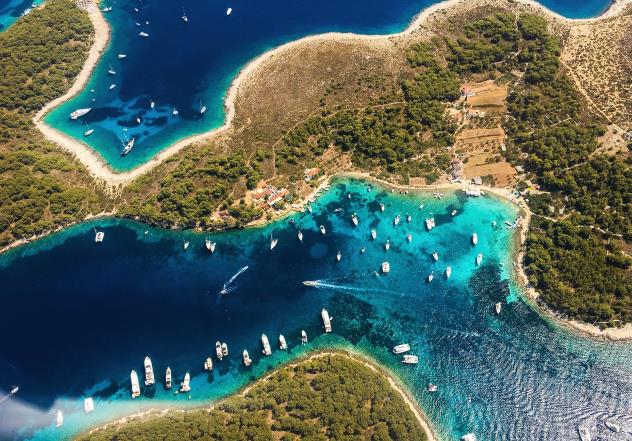 © Lonely Planet Which European countries will open for tourism this summer?

Tourism ministers in the European Union are constantly discussing measures to open up borders for tourists this summer. What does this mean for vacationers?

There is a risk that opening too early could lead to further outbreaks and outbreaks of infection, so governments will be cautious. Population health and safety determine all decisions. Social distance will also persist during a holiday; many bars, restaurants and cultural venues will remain closed this summer and pre-flight medical tests may be introduced. It is even talked about the introduction of a "Covid-19 passport", a kind of medical certificate to confirm the health status of the holder, although the details are still being worked out and it is not certain. This is because there is still no evidence that people recovering from COVID-19 are immune to a second infection.

For the time being, it is at least possible to cross borders within the EU . On March 17, officials called on Member States to keep the borders closed until mid-May, allowing only essential travel from outside the EU to 26 countries, plus Switzerland, Norway, Iceland and Liechtenstein. An official opening date has not been announced and French President Emanuel Macron hinted last week that EU borders may remain closed until September.

Some EU countries that have managed to keep contagion numbers low , however, start by testing the possibilities. Below is a list of who does what and when. However, these are only proposals and can be withdrawn at any time. It is important to check the latest government advice before making any travel decisions. It is likely that a home holiday will be the safest option for summer 2020.

Croatian Minister of Tourism Gari Cappelli suggested that campsites, marinas and hotels in remote areas could be to open. "A modest recovery could begin with these three target areas that could provide some isolation and privacy," he told local media.

The Cyprus government says it was partially will open to tourists and that only travelers from countries that have managed to keep the infection rate low may enter, including Denmark, Norway, Iceland, Greece and Israel. "We hope to know in a few weeks when tourists can come from these countries," Deputy Tourism Minister Savvas Perdios told the Financial Mirror.

The Greek tourism minister says that the country will prepare from July to welcome foreign tourists from selected countries. "Opening the borders is something to be discussed with health experts and we hope they will give us the green light to open gradually," Charis Theocharis told the BBC.