Why you should put corduroy in your heart 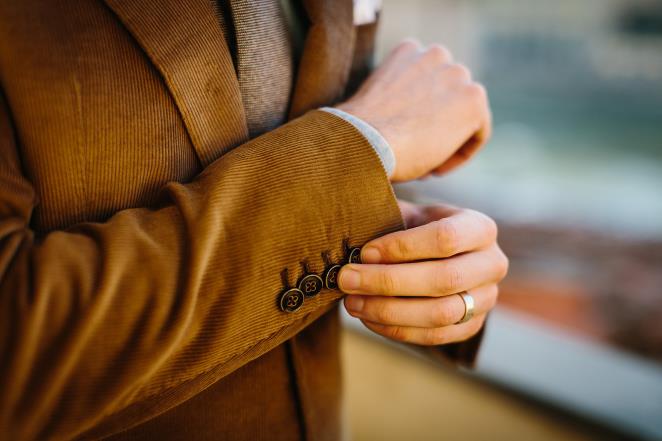 At times, ribbing or corduroy was not the material with which the hip individual wanted to be seen. But times are changing. The cotton with the characteristic edges is indispensable in the world of fashion. From the corduroy pants to the corduroy suit and from the rib coat to the rib hat. Everything is ribbed. For your pleasure.

Back to classical antiquity

Corduroy is much and much older than you probably think. Already in the year two hundred AD, a kind of ribbed material is created (documented). Undocumented, the substance is probably a thousand years older. Egyptians from the town of Fustat - near Cairo - weave cotton fabrics with an alternating thickness at the time. That substance spreads throughout the Roman Empire and ends up in England.

Protection of the noblemen

In the twelfth to fourteenth centuries the cotton industry grew considerably and also the use of this fabric, called fustian by the British. Because the fabric is much stronger than most other weaves, this fustian is often used by soldiers and knights as part of their protection. This is the cheap version. The expensive version is only worn by noblemen, nobles and kings.

According to the Oxford English Dictionary, the name change came about in 1774. French fabrics are highly regarded in England, which is why these fustian-like fabrics are renamed corde du roi: fabric of the king. This is becoming a corduroy. Strangely enough, the name change was implemented around France at the same time, but with the English name: king-cords. You can see that foreign names always sound just a little more interesting. Something with grass and neighbors ...

From material to fashion

In the nineteenth century, at the time of the industrial revolution, it became cheaper to produce corduroy. As a result, demographics are shifting and it is precisely the workers who frequently carry the material. At the end of this century, the ribbed fabric can be found everywhere. In sports and work, but also military uniforms are often made with corduroy. Up to the 1960s, all classes wear corduroy, the following years it even becomes fashionable. After the seventies the interest drops and only recently the rib material started again with a rise.