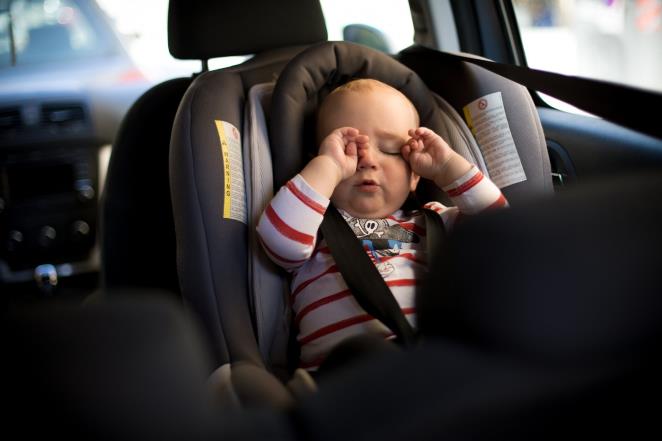 Many desperate parents have done it once: getting into the car with a baby at night so that he falls asleep. Because you miss some calming sounds in an electric car, a lullaby has now been developed that mimics car sounds.

"I have just come from a family whose father is suffering from a burnout due to lack of sleep," says child sleep coach Susanne Willekes. She has seen all the misery by babies who do not want to sleep. "You get relationships that are under pressure or people who have to stop working temporarily. I have even seen people who have had a heart attack or panic attacks and dizziness."

( Nighttime car rides are a widely used horse remedy. The swaying feeling, but especially the engine sounds, ensure that some babies fall asleep in no time. In order to have those sounds in an electric car, Nissan has had company engineers develop special music together with a sound designer. It has become a calming mix of car sounds and music tones that can be played in the car (or at home).

Sleep Coach Willekes thinks that it is primarily a fun marketing tool, but the idea behind it is understood. "Very young babies do benefit from simulating womb sounds. That gives security." For that reason, so-called white noise (rustling noise) often works well to keep babies calm. That can be the sound of a vacuum cleaner or rain, but there are also special apps with constant sounds.

Especially the combination of movement and sound can work well, such as in a crib or car. "Young babies often feel enormously reassured by this. They often sleep in the belly when the mother moves." Yet it is important to work towards a child falling asleep on its own, says Willekes. This way the child can follow the route to 'sleep maturity'.

Unfortunately, there are no tricks that will make your child sleep through in one go. Willekes does have a number of tips that will ultimately help your children move forward.

1. Develop a day and night rhythm

After 6 to 9 weeks the child develops an internal clock. By waking up at the same time and going to sleep, the child finally understands that a longer jerk must be made at night.

2. Do not go to sleep too late

Some parents go to sleep late so that the baby is well tired, but in the end this causes a worse night's sleep. The trick is to discover your baby's natural bedtime so that your baby gets the most rest.

By going through the same ritual every day, a child finally understands that it's time to go to sleep. For example, by putting the bottle, bath, light dimming and reading a book every evening in the same order, the child can eventually get it.

It is a common advice to let a baby cry through, but Willekes is a different method. "In the first six months they are not ready for that physically, mentally and neurologically. It is even harmful for emotional development and attachment. If parents respond adequately to crying, you see that the duration and frequency are actually reduced." p>

Furthermore, each parent has their own methods that can work in an emergency. "Pushchair, driving a car, putting in a baby carrier, stroking between the eyes, falling asleep on your stomach, it can all help enormously," says Willekes. "But if you want your child to go to sleep independently, you must eventually stop."