You didn't know about lesbians yet 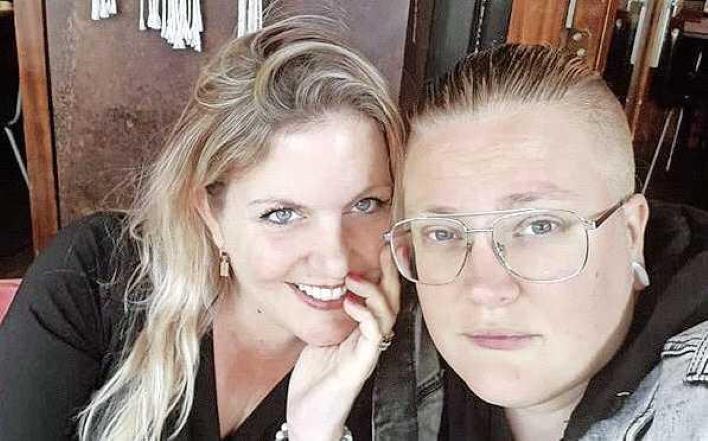 Occasionally Christianne Offermans and her friend get the question: "Who is the man with you?" That is a hilarious question when you start thinking about it, Christianne thinks. As a lesbian couple it is all about the fact that nobody is the man. She wrote a column of readers about it.

"Some gay people find it annoying to get this question, but we try to deal with it with humor. So we start the conversation, because nowadays - if you keep asking - even with heterosexual roles the roles are no longer traditionally divided. It really is not always the man who puts out the garbage or the woman who cooks the food.

So with us, nobody is "the man", even though I look more feminine than my girlfriend in appearance. We therefore do not have a traditional division of roles. We cook alternately or together and brush both. She is more handy than me when doing odd jobs, but I don't let that stop me from participating. Physically she is also somewhat stronger. But otherwise we do most things together.

Another frequently asked question, especially in places where alcohol is served. However, we do not answer this, because it is first and foremost a rude question and second: no one has anything to do with it.

"Don't you ever miss a man?" We never miss a man. We are not lesbian for nothing. Incidentally, we are not male haters because we are lesbians: our best friends and family members are men. And yes, we love that very much, in a platonic way.

My girlfriend almost came out of the crib; I only found out very late, at the age of 36. Everyone has their own process. Not every gay or lesbian says "rainbow!" As the first word. There was always a feeling of being different.

People often wonder whether, if you like tough women, you don't just love men. Um, no. Of course not. A tough looking woman is still a woman. And it is not that different to live together with a woman, except that you are of the same sex and therefore sometimes understand each other a bit easier.

Well you have to stand firmly in your shoes as a couple same sex. People often do not understand what you are, they look weird or even angry when you walk hand in hand down the street, or when you start arranging something for the other person.

Organizations often think of 'my partner' a man, until I say she is a woman. But luckily we also get very nice, open minded and sweet reactions and our families on both sides have warmly welcomed us. Not everyone can say that, unfortunately. "