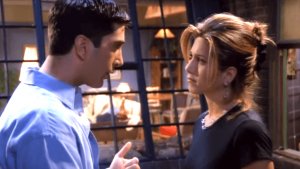 Journal of Experimental Psychology: General has published a study about how you can get over your ex the fastest. Namely; many think of all his / her annoying traits. But there is a snag ..

Twenty-four people who have had a relationship of two and a half years on average would still have feelings for their ex. These people were divided into four groups.

The first group had to accept that they still have feelings for their ex and must admit that. The second group had to look for distraction so that they would no longer think about the break-up. The third group was allowed to process the fraction as they wanted. The fourth group had to think about all the negative qualities of their ex partner.

The test-seeking group feel happier according to the test, but are not over their ex. The people with the negative thoughts about their ex feel less comfortable with themselves. Accepting your feelings for your ex has no effect on both factors. Being negative about your ex is therefore killing for your mood!